Despite growing interest, the ­opportunities for private domestic and foreign investors at the new terminal of Tan Son Nhat ­International Airport remain few and far between, ­triggering concerns over regulatory impediments. 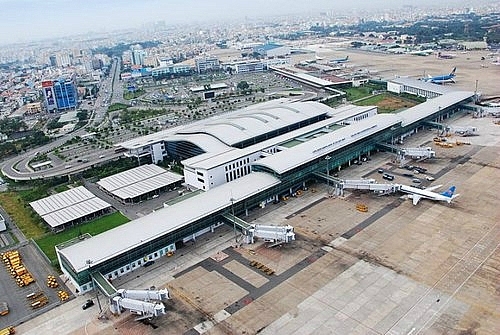 A number of American businesses have worked with the Ministry of Transport (MoT) on the possibility of joining the Terminal 3 project at Tan Son Nhat International Airport, alongside other parties from Japan, Spain, the UK, and South Korea that have a similar ­interest in the VND11.43 ­trillion ($497 million) project.

The race to get involved in the new project heated up as more Vietnamese businesses showed an interest. FLC Group, Imex Pan Pacific (IPP), and Vietjet are the prominent names on the list.

Nevertheless, despite their growing interest, there are currently few ­opportunities for them. The MoT in late March proposed the government select Airports Corporation of Vietnam (ACV) as the investor of the project, which completed a pre-­feasibility study in February.

“We have made ­thorough considerations before making the proposal [to appoint ACV as the investor]. Private domestic and foreign investors have more favourable chances in other new airports,” said Deputy Minister of Transport Nguyen Ngoc Dong.

According to Dong, there are several reasons behind proposing ACV. First, ACV ha been the state-authorised operator of 21 airports nationwide, including Tan Son Nhat.

“Second, ACV becoming the ­investor will create favourable conditions for the management and operation of the airport. One airport should have one operator to ensure consistency in operation and management,” he said.

However, many feel doubtful about ACV’s readiness for the task since among the 21 airports ­operated by ACV, only some make profit, including Tan Son Nhat, Noi Bai, Danang, and Cam Ranh, while others such as Dien Bien and Ca Mau are in the red.

The third reason is that, “It is ­necessary to nominate ACV as the investor of infrastructure development at profit-making airports like Tan Son Nhat to give it a chance to cover the losses and maintain operation at the poorly-performing ones for political and regional ­economic development purposes.”

However, it is worthy to note that ACV does not have a fully clear track record in airport management as it has been detected by the Government Inspectorate to be involved in violations in contract packages 10A and 10B in the terminal T2 project at Noi Bai International Airport in Hanoi, which were financed from Japanese official development assistance. The case triggered public concern over ACV’s capacity and the transparency of its operations.

Lai Xuan Thanh, chairman of ACV, further ­explained that at present, ­Vietnam’s aviation management practices are not the same as other countries, where each terminal can be operated by a different operator and the ­operator can ­decide whether they ­invest alone or co-­operate with others.

According to the MoT, the Terminal 3 project is in ­Construction Group A, thus the 20 million passenger terminal needs more time than ­others. When selecting the ­investment scheme, it is claimed the private investor can take one to two years to complete the project. However, the MoT said that this is unfeasible for the construction of the ­terminal, regardless of the preparations in pre-feasibility and feasibility studies, ­technical design, and design contractor selection.

In spite of all the ­groundwork, after a year of approval of the expansion of a new ­terminal south of Tan Son Nhat proposed by French consultant company Aéroports de Paris Ingénierie, the process has remained sluggish while the airport is severely overloaded.

According to statistics from the Civil Aviation Administration of Vietnam, Tan Son Nhat welcomed over 38.4 million passengers in 2018, with the figure forecast to hit 45 million by 2025. The total annual capacity of the two existing terminals is around 28 million passengers. Thus, it is urgent to develop the new terminal while awaiting the construction of Long Thanh International Airport in the southern province of Dong Nai, which is expected to come into operation by 2025.

It was questioned whether the MoT should ­revise the rules to facilitate private investment in the sector. The facts suggest that private companies are more ­efficient than state-owned ones, with Van Don International Airport in the northern province of Quang Ninh, built by one of the country’s leading private property developers Sun Group being an obvious case-in-point example.