Investment from private equities is heading for the educational sector in Vietnam. 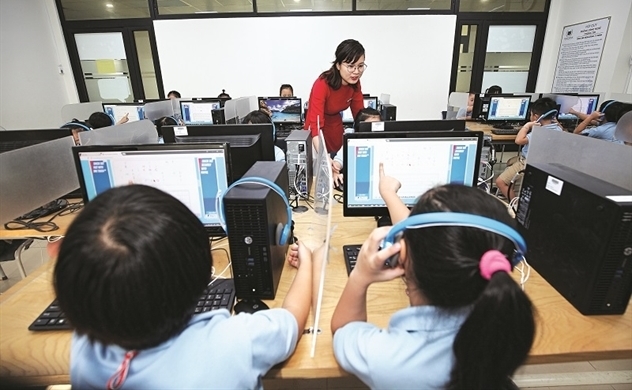 No detailed information has been released, but sources said the amount of money the investment fund could be up to $25-50 million.

TTCE is running a large education system, from preschool to university, with 17 schools and English centers. It plans to open four more schools in the next two years.

Prior to that, Mekong Capital poured capital into Yola foreign language center chain, while EQT Capital Partners invested in ILA.

Vietnam, with population of over 90 million, 60 percent of whom are aged below 35, is attractive to investors.

According to EVBN, the network of European businesses in Vietnam, in the past, private schools set tuition that was unaffordable in Vietnam.

However, the recent growth in discretionary income allows parents to spend more money to fund children’s study. Middle-class and high income earners now tend to prefer private schools, rather than state owned schools where classrooms are crowded and the curricula are unreasonable. The more attractive pay policy applied by private schools allows them to attract more talented teachers than state-owned schools.

The tuition set by private schools in Vietnam are 6,200-11,999 euros a year for general education. As for higher education, RMIT collects tuition of 10,226 euros, while Fulbright University asks for 17,648 euros.

There is no official estimation about the value of the private education market, but analysts believe that its value could be up to tens of billion of dollars.

Realizing the great potential of the market, many of Vietnam’s large corporations have jumped on the bandwagon. FLC Group, for instance, is planning to develop a university in Quang Ninh in a project worth VND4 trillion.

The list of big investors injecting money into the educational sector also includes ITA, Nguyen Hoang, Kien A and FPT.