VietNamNet Bridge - Most high-end resorts in Vietnam are managed by leading asset management companies from the US, Europe or Asia.

VietNamNet Bridge - Most high-end resorts in Vietnam are managed by leading asset management companies from the US, Europe or Asia. 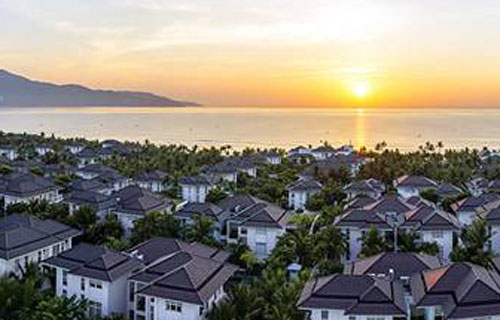 Many of the contracts for hotel, resort and high-end real estate project management are with foreign asset management companies.

The foreign group defeated other rivals to obtain the right to manage the high-end resort which faces the East Sea and backs the Minh Dam Mountain.

The project comprises 347 beachfront villas located in Dat Do district of Ba Ria – Vung Tau province, expected to open in the second quarter of 2017.

Nguyen Kim Son, CEO of Beegreen, said the property management company from the US successfully persuaded the investor with not only its global experience, but also with transparent finance reports. It also showed a clear strategy on training hotel services to local workers to ensure sustainable development.

Prior to that, the high-end resort market in Phu Quoc Island welcomed some management companies from Europe.

Sun Group, a Vietnamese real estate developer, signed a contract on strategic cooperation with Accor Hotels on the French group’s management over its chain of resorts and hotels.

The projects covered by the contract include The Sebel Phu Quoc, Premier Village Phu Quoc Resort and some hotels in Da Nang City and Sa Pa.

In 2015, M.I.K Corporation signed a cooperation contract with Meliã Hotels International – MHI from Spain on the management of the 4-star resort Sol Beach House Phu Quoc.

In the same year, the contract on the management of Crowne Plaza Phu Quoc Starbay, a 5-star hotel developed by the corporation, was signed with the InterContinental Hotels Group (IHG).

In HCM City, Khang Dien Company, the investor of the street-front ready-built houses located along highways and beltways in district 9, has chosen CBRE as the management unit.

There were several reasons for them to make such a decision. First, the management companies’ fame would help improve investors’ brands. Second, the companies, with global marketing networks, have advantages in accessing clients. Third, they have high professionalism and discipline.