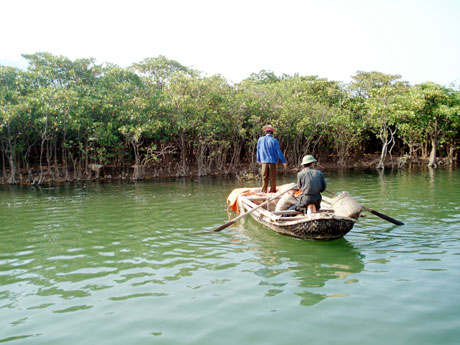 The air quality in Dong Rui Commune noticeably worsened recently as the dust concentration gets thicker. Since the dust was blown to the residential areas and Dong Rui Mangrove Forest from Cam Pha City, many people suspected that the pollution may be caused by Mong Duong Thermal Power Plant.

In 2017, when Mong Duong Plant entered trial run, it also caused serious air pollution. The situation improved after the Department of Natural Resources and Environment worked with the plant's leaders.

According to the locals, in the early mornings, their floors and furniture are often covered in a layer of ash-like dust. It would turn black when they swept the floors.

The Department of Natural Resources and Environment were asked to work with the Department of Construction, Department of Industry and Trade, the authorities in Tien Yen District and Cam Pha City to carry out the investigation, and adopt a plan to improve the air quality and deal with the violator.

They must report back in May but as of now, the investigation has yet to yield any results and the deadline was extended.