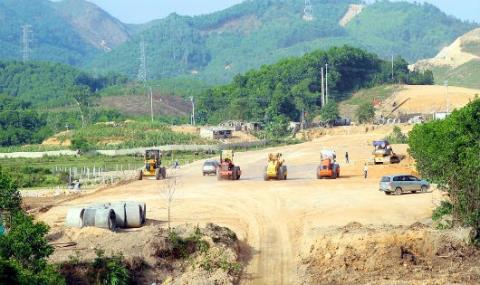 The provincial authorities have chosen the joint contractors of Cai Mep – Thai Son – Vinaconex E&C – BRJSC12 – Khanh An – Cienco 1 as the investors for the highway, capitalized at VND16 trillion.

The investors have presented three proposals on the development of the Van Don – Mong Cai Highway, under which construction would be implemented within three years, with a fee collection time of 25 years.

The highway has a length of 91.17 kilometers. The starting point would be at Km59 + 556.36, and Doan Ket intersections in Doan Ket commune of Van Don district, while the finish point would be at Km150 + 725.03, which coincides with the beginning of Bac Luan Bridge in the city of Mong Cai.

The Ministry of Transport had suggested borrowing VND7 trillion from China for the highway. However, the suggestion faced strong opposition from the public and doubts from experts.

They urged Quang Ninh to say ‘no’ to Chinese loans and Chinese technologies, affirming that the PPP (private public partnership) model would be suitable for a highway project like Van Don – Mong Cai, under which the local budget would spend 30 percent of capital and investors 70 percent.

Quang Ninh’s chair Nguyen Duc Long confirmed that the $300 million loan from China was accessible under an agreement between the Vietnamese and Chinese governments.

However, as the highway is estimated to cost VND16 trillion, or $800 million, the loan would not be enough.

Meanwhile, in order to borrow $300 million, the lender may impose very strict requirements.

Nguyen Quang Toan from the Hanoi Transport University said if Quang Ninh can mobilize capital from domestic sources, it would not have to borrow foreign loans and therefore would not have to satisfy strict requirements set by lenders.

“I think that domestic contractors will be capable of implementing the project if they have good methods,” he said.

Nguyen Van Thanh, chair of the Vietnam Automobile Transport Association, commented that it was normal that Quang Ninh would fund the highway.

The Van Don – Mong Cai highway is expected to foster trade in goods between Vietnam and China.