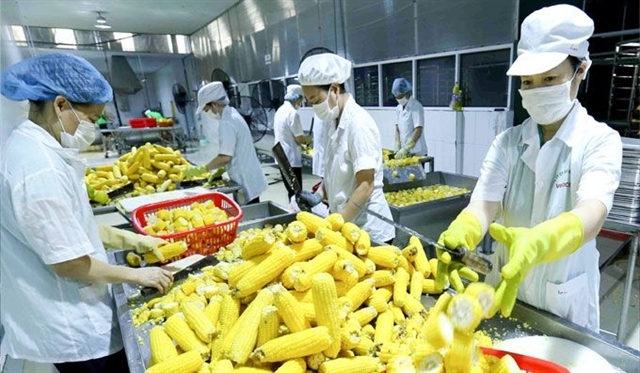 Le Duy Minh, chairman of the Vietnam Farms and Agricultural Enterprises Association, said the RCEP provides the country’s farm produce with access to a larger market and opportunity to improve their competitiveness.

The trade deal brings together the 10 ASEAN member countries, Australia, China, Japan, New Zealand, and South Korea, which account for 29 per cent of the world’s GDP and have a population of 2.2 billion.

The trade pact promises to help increase Vietnam’s exports since many of the other members have huge demand for its farm produce and processed foods.

Thanks to the harmonisation of rules of origin between the members, Vietnam’s exports could meet all the requirements to benefit from preferential tariffs in countries like Japan, South Korea, Australia, and New Zealand, Minh said.

These countries also have relatively similar import standards and consumer tastes, not to mention the lower transportation and logistics costs they offer thanks to their proximity.

It also opens new opportunities for trade with China in new categories such as communications, financial services, logistics, and e-commerce.

The RCEP removes tariffs on at least 64 per cent of tariff lines.

In 15-20 years Vietnam will abolish 89.6 per cent of tariff lines while its partner countries will remove 92 per cent of its tariffs.

Other ASEAN members will remove 85.9 per cent of all tariffs for Vietnam.

Nguyen Dinh Tung, the general director of Vina T&T Company, said the RCEP was enabling talks on opening up export markets to more of the country’s agricultural products.

However, experts also pointed to a host of challenges such as satisfying rules of origin and quality standards and competition from foreign rivals in both the domestic and foreign markets.

Tung said businesses should view free trade deals, including the RCEP, as a chance to improve their product quality, bolster supply chain management and promote competitiveness.