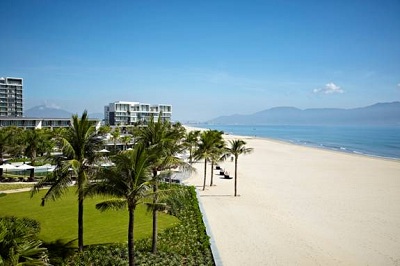 Investors began heading for the island of Phu Quoc in 2008, but only in 2014 did they kick off many investment projects after the state laid down policies and developed infrastructure items.

They have been encouraged by the fact that Phu Quoc will become a special economic zone with preferential policies, and that VND5.8 trillion will be invested to develop the transport system on the island.

An international passenger seaport with total investment capital of VND1.6 trillion, which kicked off in April 2015, is expected to become operational in 2017. The national electricity grid has reached out to the island with the underground cable system.

According to the Phu Quoc Island Investment and Development Management, by November, Phu Quoc had attracted more than 200 investment projects with the total registered capital of VND168 trillion ($8 billion) from domestic and foreign real estate developers.

The coastal city of Vung Tau has also heated up as soon as the HCM City – Long Thanh – Dau Giay Highway was put into operation in late 2014. It now takes one hour and 20 minutes instead of 2 1/2 hours to travel from HCM City to Vung Tau.

A series of projects in the central coastal city of Nha Trang and neighboring areas have also kicked off recently, including Alma Resort in Cam Ranh Bay developed by Igal Ahouvi, an Israeli billionaire, and the 79 hectare Golden Bay developed by Hung Thinh Corp.

Savills Vietnam, a real estate service provider, commented that most of the projects are located in areas which have good infrastructure and have seen a strong rise in the number of tourists.

Nha Trang City, for example, in the first 10 months of 2015, received 3.58 million travelers, according to the Khanh Hoa provincial Culture, Sports and Tourism Department. The city also receives 2 million domestic travelers every year.