Retail, consumer goods, and real estate are forecasted to lead the Vietnamese mergers and acquisitions (M&A) market in 2018. In addition, the value of the M&A market is forecast to stay above $6 billion.

Retail, consumer goods, and real estate are forecasted to lead the Vietnamese mergers and acquisitions (M&A) market in 2018. In addition, the value of the M&A market is forecast to stay above $6 billion. 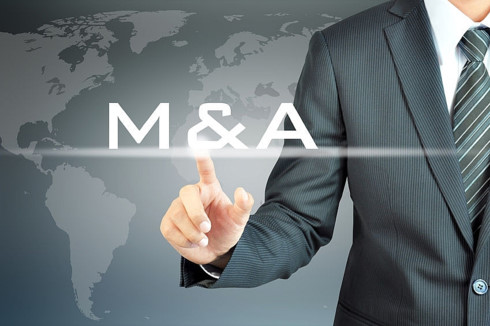 Thailand-based ThaiBev buying 53.59 per cent of domestic Sabeco’s shares for $4.8 billion is the main reason behind the jump. Accordingly, the deal made up nearly 50 per cent of the total value of $10.2 billion posted in 2017.

Over time, M&A deals in Vietnam were of mainly small scale, with about VND100-120 billion ($4.4-5.3 million) per deal, while larger deals came mostly from foreign investors.

In addition, foreign investors’ appetite to buy has been increasing recently. In 2017, the rate of foreign and domestic purchasers was 91.8 and 8.2 per cent, respectively.

Over the past few years, Southeast Asian investors, especially those from Thailand, have enhanced their presence in the Vietnamese M&A market.

For instance, the retail sector recorded deals between Central Group on one side and Big C and Nguyen Kim on the other; the building materials sector saw the deal between Siam Cement Group (SCG) and Prime Group; the plastic segment recorded the SCG-Binh Minh Plastic deal; and the food and beverage sector posted the largest deal in the country so far, between ThaiBev and Sabeco.

Despite the relatively few domestic investors acting as buyers, the research group of Vietnam M&A Forum stated that Vietnamese firms have been steadily becoming more proactive in M&A activities.

“The initiative of domestic firms in M&A activities is reflected by giants like Vingroup, KIDO, Masan, and Pan Group. Regarding smaller firms, their awareness about M&A as well as strategies on value assessment and partner selection also changed significantly over the past 10 years,” the group assessed.

According to the research group, the value of the M&A market this year will be lower than in 2017 as there may not be gigantic deals like ThaiBev-Sabeco.

“In 2018 and years ahead, M&A deals are forecasted to mainly focus on the retail, consumer, and real estate segments. The sectors of telecommunication, energy, infrastructure, pharmaceuticals, and education are expected to contribute significantly in the coming time. In addition, the M&A market also expects contributions from the divestment of large state-owned enterprises (SOEs),” the group stated.

As the state’s ownership rate remains high in divested SOEs due to not finding strategic partners, there are plenty of opportunities for M&A deals in Vietnam. However, to lure capital to the market, Vietnamese firms need to offer better quality for investors, especially foreign investors.

In addition, domestic firms should supply full information related to their financial status and business activities for investors to grasp their business performance.

Finally, the legal system related to investment and M&A activities should soon be completed to remove the barriers of limited ownership and taxation for M&A transactions, luring more capital to the country.