Road accidents fall but railway crashes rise in Vietnam in 2015

Road accidents and fatalities have dropped this year, according to statistics from the National Committee of Traffic Safety.

Road accidents and fatalities have dropped this year, according to statistics from the National Committee of Traffic Safety. 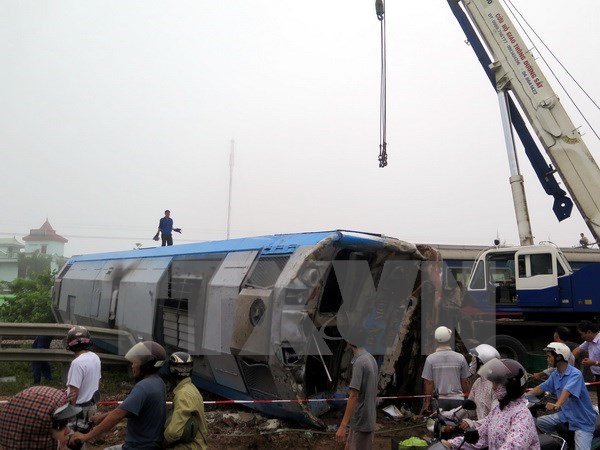 The scene of a railway acccident

Compared to last year, the number of cases fell 11.52 percent and the number of deaths and injuries dropped 3.61 and 15.81 percent, respectively.

However, statistics showed that there were more crashes on railway and waterways.

December alone saw 1,776 accidents on the road, killing 700 victims and injuring 1,673 others, the committee reported, adding that the figures showed a drop of 24 deaths.