VietNamNet Bridge - Passionate about designing clothes for dolls, after more than five years, Than Nguyen An Kha, 26, has hundreds of dolls worth nearly VND2 billion (nearly $100,000).

VietNamNet Bridge - Passionate about designing clothes for dolls, after more than five years, Than Nguyen An Kha, 26, has hundreds of dolls worth nearly VND2 billion (nearly $100,000). 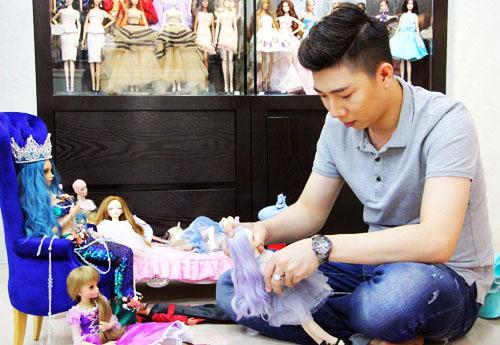 Kha and his dolls.

Kha said he began collecting dolls when he was a second-year student at the Art Faculty of Ton Duc Thang University, HCM City, after he involved in designing clothes for dolls.

Khan then made research of dolls and doll market, and bought dolls at home and abroad.

Unlike other collectors, Kha collects many kinds of dolls, from baby dolls to fashion dolls and ugly dolls. He has ordered dolls from many countries, mostly China, Korea and Japan. He also exchanged dolls to make his collection more plentiful.

To buy a doll, Kha spends a lot of time to learn about it and then place an order. Sometimes he has had to wait months or even a year to have a doll. Sometimes, he had to pay twice the price to get a doll early. 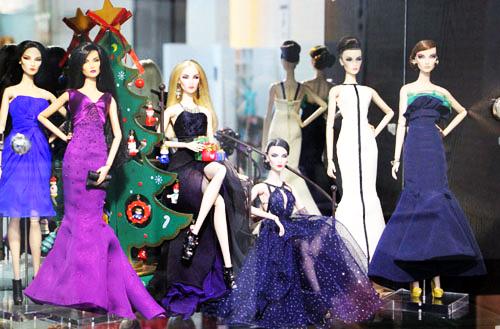 "To pursue this rather expensive hobby, I spend 2/3 of my income on buying dolls," said Kha.

To save costs, instead of purchasing complete dolls, Kha usually buys the frame and designs the rest of the components like hair, clothes, and makeup. Kha spends 3-4 hours to design costumes and makeup for the dolls.

"The doll collection is not just a hobby. It helps a lot for my job. From the designs of costumes for dolls, I get many ideas in designing clothes for my customers," he said.