SBT and BHS merge to compete with Thai sugar 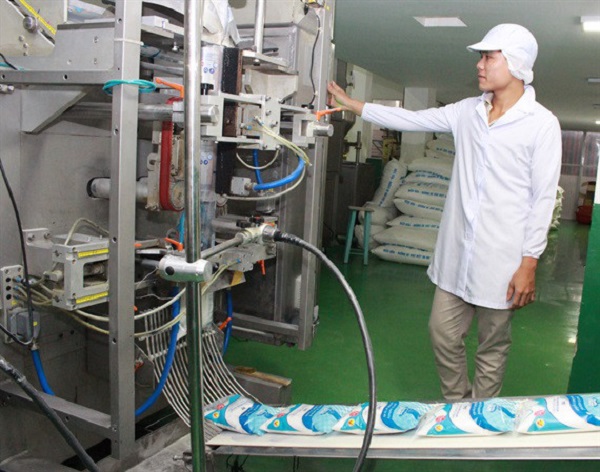 According to the Vietnam Sugarcane & Sugar Association (VSSA), by mid-May, Vietnam had produced 1.1 million tons of sugar from pressed sugarcane and 210,000 tons of sugar refined from raw sugar.

China is the biggest consumer of Vietnam sugar, about 800-1,000 tons per day. However, the country has cut imports from Vietnam and shifted to Thailand.

Vietnam sugar also has to struggle with Thai sugar in the domestic market which has been smuggled into Vietnam or brought to Vietnam under the disguised mode of temporary imports for re-export later. The price gap between Thai and Vietnamese sugar has increased from VND500-1,000 per kilo to VND800-1,500 per kilo.

In Vietnam, the sugarcane material price is $45-50 per ton, while it is $30 per ton in Thailand. Vietnam’s sugar is less competitive than other countries, if noting that sugarcane accounts for 75-80 percent of the sugar production cost.

Smuggled Thai sugar has caused Vietnamese sugar companies to take losses and forced them to shut down. The companies which still maintain operations are facing big difficulties because of the market narrowing and the big inventory volume.

MARD has pointed out the weak points of Vietnam’s sugar industry in comparison with Thailand’s. The average capacity of a sugar plant in Vietnam is 3,250 tons of sugarcane per day, much lower than 7,000-8,000 tons in Thailand.

In Vietnam, one hectare of growing area brings 65 tons of sugarcane, lower than 70 tons in Thailand. The CCS ratio in Vietnam’s sugarcane is 10 percent, lower than Thailand’s 12.9 percent.

Under AFTA, from 2018, Vietnam will have to open its sugar market to ASEAN countries. This means that imports from ASEAN will be taxed 5 percent instead of 80-100 percent like now.

As admitting BHS, SBT will become the largest sugar manufacturer holding 30 percent of the domestic market share with the material growing area of 40,000 hectares, accounting for 16 percent of the country’s total area, and the output of 3.4 million tons of sugarcane, amounting to 22 percent.

Before the merger deal was made, SBT and BHS wrapped up a deal on buying HAGL Sugar at VND1.33 trillion.

Vietnam to fully divest from sugar mills this year