Climate change in the northwest: living in flooded areas

Locals in the northwestern area do not know how to ‘live together with floods’ as people in the coastal central areas do.

They watch over the weather when it rains suddenly, but it’s more difficult for them to ensure the safey of assets and lives during the season.

“The sunshine is more severe than ever this year in Dien Bien. This means that the rain will be formidable,” said Quang Van Don, chair of Hua Thanh commune of Dien Bien district. 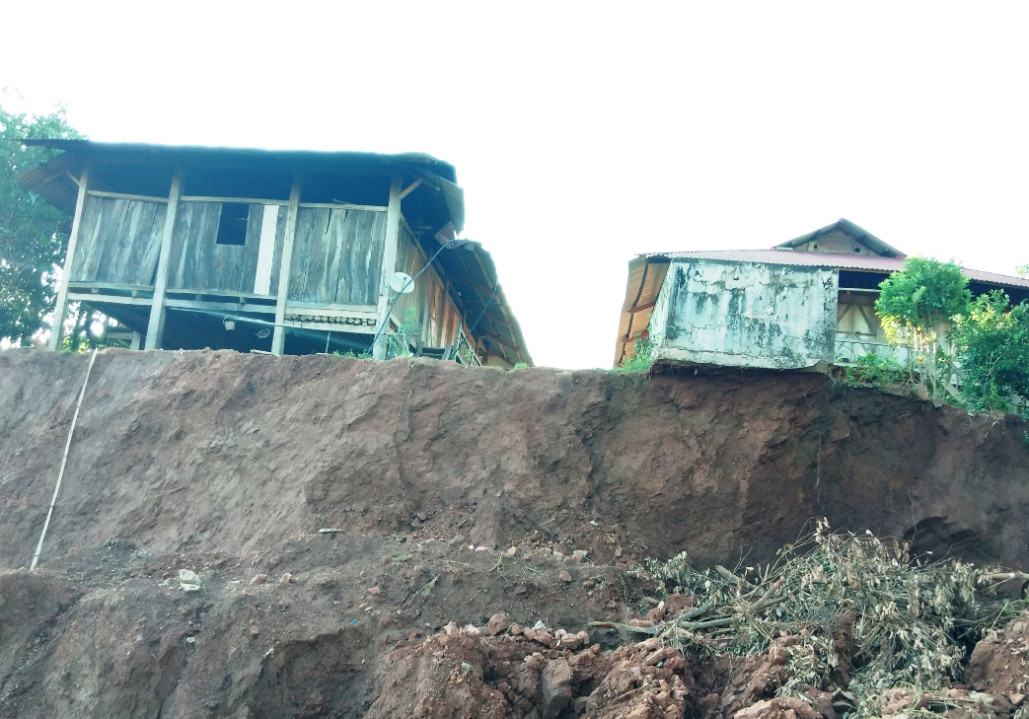 Don recalled the days in 1999 which had similar weather conditions. Dien Bien then witnessed fierced sunshine and drought for six months. The rainy season came late, but the rains were all heavy .

“The floods rushed down from the hill like a herd of giant elephants flowing out from the bush. You just heard big noise when you saw big water came down. It appeared so quickly that people could not run away. Many people died that year and many assets were lost or damaged,” Don said.

“Why don’t the local authorities support the 21 households and evacuate them from the high-risk area? Because we don’t have money,” Don said.

“We asked for support from the district, but the district said it has no money and it is awaiting budget allocation from the provincial authorities,” he said.

While waiting, the people in the hamlet and local authorities cannot sleep well. They fear that floods may rush down at midnight and sweep away everything.

In 2013, the Dien Bien district people’s committee asked for budget allocation to implement a project on rearranging accommodations for the people of Co Duc hamlet. In 2016, the local authorities once again repeated the proposal. However, the provincial authorities still cannot budget the project.

Co Puc is not alone. A lot of other hamlets in the northwest are facing high risks of landslides and flash floods. The risk is especially high in the districts of Muong Nhe, Nam Po, Tuan Giao (in Dien Bien province), Muong Te, Sin Ho, Than Uyen (Lai Cha), and Sop Khop, Song Mau and Quynh Nha (Son La).

The flood in June 2018 in La Khuoi hamlet I Can Co commune in Sin Ho district was one of the most serious. It did not eliminate the hamlet as it did with San Tung hamlet of Ta Ngao, but it killed two persons and swept away five houses.