FPT president: My biggest regret is missing out on big platforms like FB, Wechat

FPT once had a lot of breakthrough technological and business ideas, such as Tri Tue Viet Nam similar to Facebook and WeTalk similar to Wechat.

FPT was not listed in the top 10 of VNR500, the list of 500 Vietnamese biggest corporations in 2019. However, FPT is still one of the largest technology firms in Vietnam. 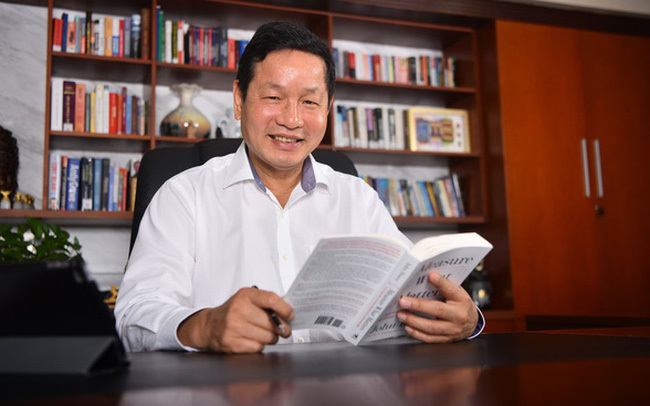 FPT’s finance report showed that its revenue and pre-tax profit in the first 10 months of the year increased by 19.8 percent and 26.5 percent, respectively, in comparison with the same period last year, reaching VND22 trillion and VND4 trillion.

The post-tax profit of the holding company was VND3.351 trillion, an increase of 26 percent over the same period last year.

However, Truong Gia Binh, president and the ‘soul’ of FPT, still regrets what he missed in the past.

Binh said if he and his team had had a longer-term and more courageous vision, FPT would have had technological products of the world stature like Facebook or WeChat.

“If I could go back to my age of 20, I would not have given up my ‘bird garden’. In 2006, after a long period of acting as president and CEO, I told my teammates that I wanted to develop technology,” he said.

“We have VnExpress (online newspaper) which is in Alexa’s top 100. In the golden days, it once ranked 65th. We once had Tri Tue Viet Nam social network, which was similar to Facebook and was born before Facebook. We also had WeTalk which was similar to WeChat. And we had Vimua similar to Tiki,” Binh said at Startup Viet 2019, an important event for Vietnam’s startups.

Nevertheless, FPT and Binh cannot change the past. Therefore, they are making every effort to make up for their regrets. Now, FPT has set a new goal – becoming a firm which serves the internet economy, operating as a startup and creating new startups utilizing new technologies like Utop.

According to Binh, people wouldn’t know what they live for if they don’t have dreams. Previously, FPT’s purpose was helping people connect each other via internet. Now, it strives for a bigger space, the internet economy. His dream is that in the future, when thinking of FPT, people would think of the internet-based economy.

About blockchain, Binh affirmed that it will definitely change the way we do business in the future.

“Blockchain can be utilized in agriculture to trace down product origin. Blockchain also supports cross-border exports. It can also be used to change the game in finance, banking and insurance,” he said.

FPT’s profit up 28 per cent in first 8 months

IT giant FPT Corporation reported revenue and pre-tax profit of VND17 trillion (US$726 million) and nearly VND3 trillion in the first eight months of this year, up 21 per cent and 28 per cent, respectively.

FPT Software of Vietnam (FPT) has launched its VioEdu online educational system at http://vio.edu.vn as part of efforts to apply new and modern technologies into education.