the Ministry of Natural Resources and Environment (MONRE) warned in its draft 2019 report on environment protection released on Tuesday.

In addition, with nine industrial clusters added in 2019, Vietnam now has 698 clusters.

Along with factories and manufacturing areas, high polluting industries including metallurgy, mining, ship demolition and thermal power are placing Vietnam’s environment under pressure.

The ministry also pointed out companies generating large amounts of toxic waste such as Nghi Son Refinery in Thanh Hoa Province, Hung Nghiep Formosa Steel Plant in Ha Tinh Province which caused the marine life disaster in four central provinces in 2016 and Lam Dong Aluminum-Bauxite Complex which has been blamed for damaging the Central Highlands’ environment.

As of December 2019, there were 171 facilities causing serious environmental pollution which had not implemented complete measures to tackle pollution.

On more than 31,600 farms nationwide, up to 1,000kg of fertiliser and 2kg of pesticide are used for each hectare of agricultural land annually.

The ministry estimates about 240 tonnes of toxic solid waste is discharged into the environment from agricultural activities annually.

According to MONRE, the number of handicraft villages and cities also increased over the past two years.

There are some 4,500 villages focusing on making traditional products nationwide. The country’s urbanisation rate in 2019 reached 39.2 per cent, up 0.8 per cent compared to 2018.

Transportation, the ministry says, is one of the main causes of air pollution, especially in highly populated urban areas.

While coastal localities struggle to deal with ocean plastic and oil spills, Mekong Delta provinces are sinking under the impact of sea-level rise and dam-building on the Mekong River.

The country is expected to suffer its highest temperatures ever recorded in 2020, according to Meteorological and Hydrological Administration.

Due to the impact of global warming and the melting of glaciers, 2020 will be the year of escalating and complicated natural disasters.

Some small factories in the northern city of Hai Phong have been blamed for polluting local water resources with untreated wastewater.

The Department of Environment has announced six locations facing serious pollution in the north. 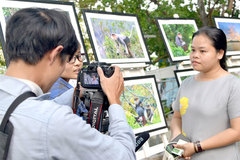 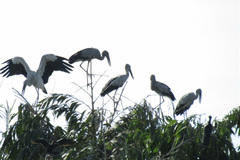 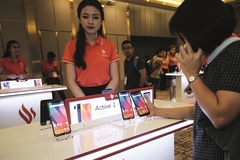 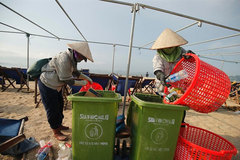 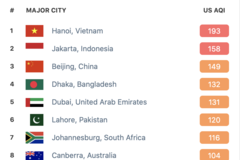 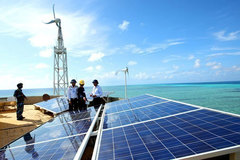