After the last rhino in Vietnam disappeared in 2010, conservationists warned that pangolin may be the next animal species to be added into the list of extinct wildlife.

The world reserves one day each year, February 15, to call people to take action to protect pangolin. 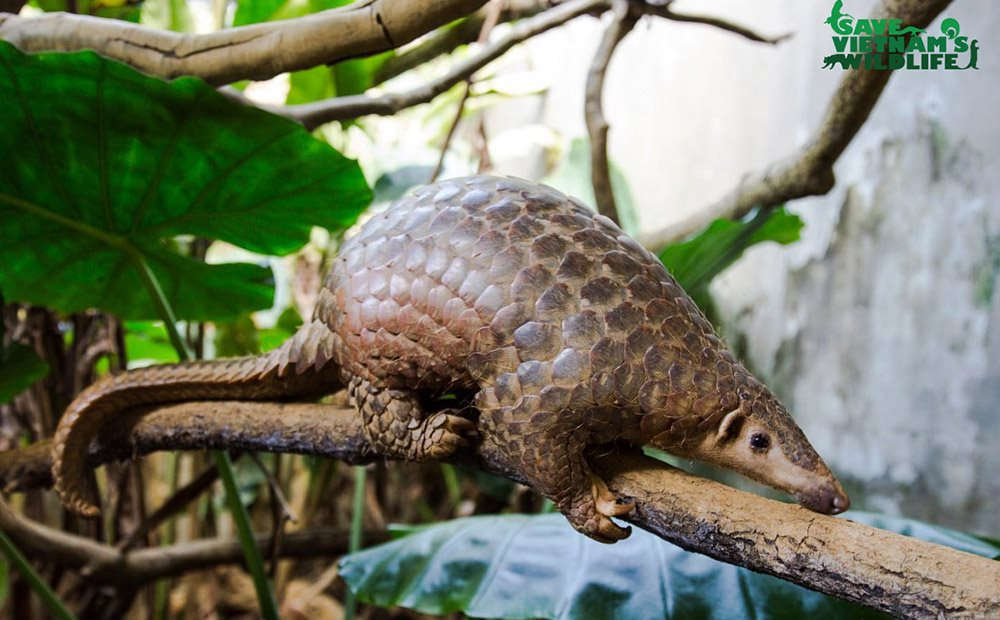 On the occasion of the 2020 World Pangolin Day, Save Vietnam Wildlife (SVW) issued alarming warnings about the future of pangolin as the animals are facing the highest risk of extinction due to hunting and trade to serve human needs.

SVW said with the prices of VND7-10 million per kilogram from traders, pangolin is the most hunted subject in Vietnam. The scientific research by camera trap shows that the pangolin population is facing a high risk of extinction.

Javan pangolin (Manis javanica) is found only in some natural reserves with just several thousands.

Most of them are released after being rescued from illegal trade. No image of Te te vang (Manis pentadactyla) has been captured by camera trap in the last 20 years, while there are only seven individuals of this species at rescue centers.

SVW warned that if no effective conservation activities are carried out, Vietnam will see the pangolin species going extinct in the next 10 years.

There are rumors that pangolin can treat diabetes, increase vitality and libido, and treat cancer diseases. Therefore, this animal has been aggressively hunted by humans. Meanwhile, science has proven that pangolin's bone, meat and organs have no function of disease treatment.

The persistent blind confidence is a big barrier to the struggle to minimize the demand for the products from rare and precious animals in general and pangolin in particular.

Every day and every hour, the community continues to condemn human’s destruction and cruelty that exhausts wildlife resources in nature, putting rare animals on the brink of extinction.

Despite the efforts to correct mistakes, human activities are still causing animals to suffer. The extinction of wild species is the longest and most painful legacy for the mankind.

In fact, Vietnam issued many strong decisions to protect pangolin from the risk of becoming extinct. Both Manis javanica and Manis pentadactyla are listed as endangered precious and rare species prioritized for protection. The list is attached to the government’s Decree No 160/2013 dated November 12, 2013.

According to the Penal Code, from July 1, 2016, the highest penalty for individuals who violate the wildlife protection laws is the 15-year prison sentence and the fine of VND2 billion. For commercial organizations, the punishments are the fine of VND5 billion and the permanent suspension of business.

According to the International Union for Conservation of Nature (IUCN), eight species of pangolin are threatened with extinction.

Like the SARS outbreak in 2003, which claimed the lives of five Vietnamese, the 2019 coronavirus is also believed to be transmitted from wildlife to humans.