The passion of reading books nurtured since childhood plus admiration for Marie Curie motivated Dr Nguyen Truong Thanh Hieu, head of Applied Physics Laboratory of the Institute of Advanced Materials Science under Ton Duc Thang University, to become a scientist. He is one of three Vietnamese scientists honored with the 2020 Ta Quang Buu Awards. 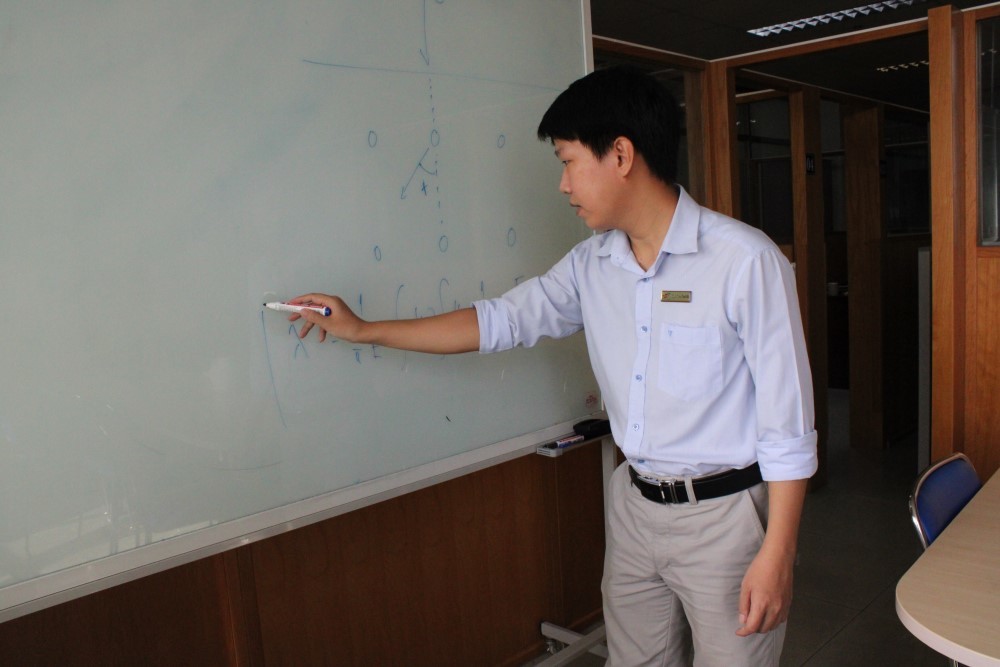 At the age of 34, Hieu has 16 international articles. Of these, "low-energy electron inelastic mean free path in materials” in Applied Physics Letters helped him get the award.

His decision to study physics at the HCM City University of Natural Sciences was the first turning point that helped Hieu cherish the dream of becoming a scientist. After the first semester, Hieu got a scholarship to study at Volgograd State Technical University in Russia.

When carrying out research in Russia, Hieu studied elastic energy scattering and has devoted himself to this sphere of research since then.

For Hieu, electron scattering is an important topic. Many scientists have researched and developed both theory and experiments to determine this important quantity.

“In 2008, I met Prof Smolar Vladimir Alexeevitch and since then I have been following research on electron scattering, a part of electron transport theory, a very big topic with high attention from scientists in the world,” Hieu said.

What he finds most appealing about electron scattering is that there are still many problems that have not yet been completely solved.

The ‘elastic scattering cross section’ and ‘electron inelastic mean free path’ are two of these problems. This means that many big issues remain open and this is ‘fertile land’ for young scientists like Hieu to ‘cultivate’.

For scientists, there are two aspects of electron scattering which have close relations with each other, namely scattering rate and the electron mean free path. In Vietnam, most scientific research works relate to the first aspect.

Hieu noted that there were important research works about the scattering rate by Vietnamese scientists published on international journals, but they did not mention the electron mean free path.

He also found research works related to the topic published in a Vietnamese journal, but it was written by a foreign author. It was ‘Anomalies in one-dimensional electron transport: quantum point contacts and wires’ published in Advances in Natural Sciences: Nanoscience and Nanotechnology, a journal of the Vietnam Academy of Science and Technology, in 2019. The authors were Mukunda P Das and Frederick Green.