Sam dai hanh: from folk remedy to capsule in laboratory

The scientific research by Dr Pham Bich Hanh and her co-workers gives a new perspective on sam dai hanh (Eleutherine bulbosa) and endemic species in Indochina which are grown in Vietnam.

Commonly used in folk remedies as a blood tonic and digestive system supporter, sam dai hanh became a subject for scientific research in the 1970s. However, the initial studies on sam dai hanh only discovered some compounds. 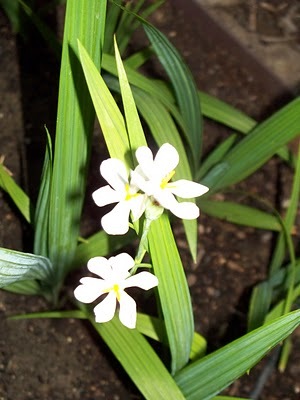 The Vietnam Academy of Science and Technology decided to carry out further scientific research on medicinal herbs, including sam dai hanh, to discover more medicinal elements through modern analytical and preparation technologies.

At first, Hanh intended to combine the active elements existing in phung vi (Crypsinus trilobus) and sam dai hanh to create a kind of functional food. However, she was advised to focus on sam dai hanh, because phung vi is like mistletoe, and lives on other plants, so the content of active elements to be collected would be small.

To obtain input materials to make capsules, the research team had to collect sam dai hanh, extract and refine naphtoquinone compounds - eleutherin and isoeleutherin - which have anti-inflammatory and pain relief effects.

Although the extraction of compounds from plants has to follow a general process, the researchers had to find the optimal process which can bring high efficiency, suitable to large-scale production.

Extracting EB preparations (mixture of naphtoquinone with 95.5 percent of eleutherin and isoeleutherin from sam dai hanh) to treat burns was applied by the Chemistry Institute in 2013. But Hanh found that the process is too complicated and time consuming, though it collected very high naphtoquinone content.

As the daily dose for adults is 10-14 grams of dry sam dai hanh a day, equal to 100 miligram of naphtoquinone with the total content of eleutherin and isoeleutherin at 42 percent only, the extraction process needs to be simplified.

The researchers then decided to use Aspek equipment for the extraction process. They also decided to use ethanol instead of metanol as a solvent during the process.

“Though metanol can bring higher efficiency, it would be harmful if existing in human body,” Hanh explained.

According to the scientist, the compounds found sam dai hanh from previous studies such as eleutherin, isoeleutherin and eleutherol all have antibacterial, anti-inflammatory, analgesic effects and help increase blood circulation. However, to date, there has been no hard capsule product created from naphtoquinone extracted from sam dai hanh.

After one year of research, Hanh and co-workers now can make capules with high treatment efficiency.