Dr Nguyen Ngoc Lung, Director of the Institute for Sustainable Forest Management and Forest Certification, explains that biodiversity degradation can be seen in three forms - biodiversity of ecosystems; of species; and genetic biodiversity.

Important natural ecosystems such as terrestrial primary forests, mangroves, coral reefs, sea grass beds, inland and coastal wetlands all have all been narrowed in area and composition, and the quality of biomes in these ecosystems has degraded. 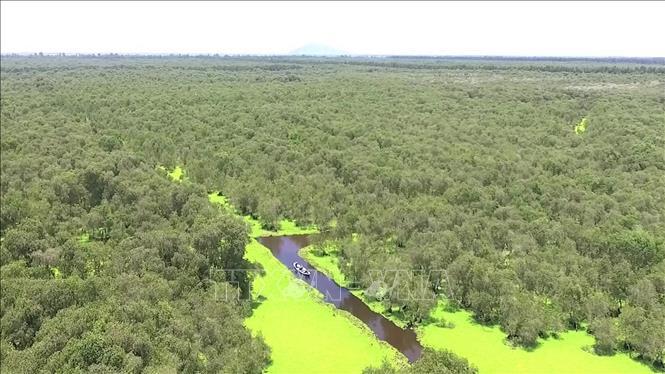 Vietnam had 14.3 million hectares of natural forests in 1943, with coverage of 43.8 percent, while the figure dropped to 10.88 million in 1999. The causes were rapid population growth, fire-fallow cultivation, reclamation of land for industrial crops such as coffee, tea and rubber, and forest exploitation to get timber for export.

The number of species listed in the Red Book is considered an indicator of biodiversity degradation. The number of the listed species increased by 1.5 times between 1992 and 2007, after two investigation campaigns.

Scientists have warned of the loss of a high number of animal and plant varieties cultivated for agricultural, forestry, fishery and medical production, including precious indigenous varieties.

Climate change may increase the pressure to destroy rare species, cause changes to marine ecosystems, submerge some islands and coastal strips, and change the distribution areas of some species ‘sensitive’ to weather conditions such as temperature, rainfall, drought and flood.

Professor Truong Quang Hoc from Vietnam National University’s Centre for Natural Resources and Environment Studies spoke about the impacts that Vietnam will possibly have in case of biodiversity decline.