If mobile network operators agree to share 4G BTS (based transceiver station), this would help save VND16 trillion and reduce 1.1 tons of CO2 emitted to the environment, or 3.9 billion kwh of electricity consumed every year.

The figures have been estimated by researchers from litbi, the 4.0 digital economy knowledge network, specializing in analyzing information and data. 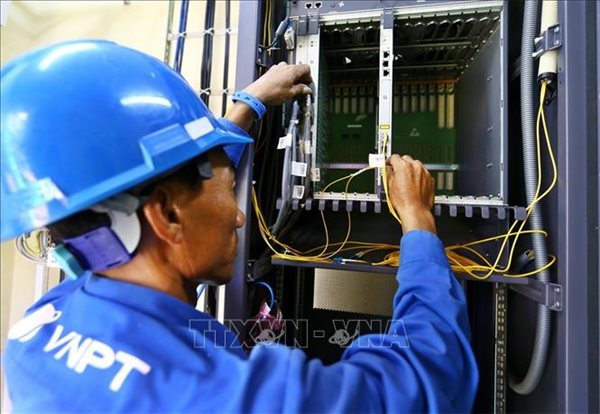 The figure shows the rapid development of Vietnam’s telecom in comparison with other regional countries, if noting that Vietnam has the population of nearly 100 million. Vietnam has surpassed Indonesia and the Philippines in terms of mobile network penetration.

Telcos build new stations continuously and this is the typical activity of the industry: many BTAs, many subscribers and high revenue. Many waves are considered the mobile network operators’ strategic core competitive edge, so they have protected the competitiveness until now.

However, in November 2019, the Ministry of Information and Communication (MIC) released the Instruction No 52 on the passive sharing of telecom technical infrastructure among telcos. This leads to telecommunication capital expenditure (CAPEX) and operating expense (OPEX), which is a big waste of budget.

More importantly, the use of separate infrastructure items leads to a high volume of CO2 emissions, which affects the environment. Scientists say the symptoms of pathological manifestations associated with electromagnetic radiation are exposed only after 5-10 years.

According to litbi, if the telecom infrastructure sharing ratio is 1.5, i.e. one BTS is shared by 1.5 mobile network operators, VND16 trillion would be saved when developing 4G network in Vietnam. The figure would be VND32 trillion, if the ratio is 3.

Not only saving money, the sharing of the same infrastructure system would also help reduce the volume of power to be consumed, about 3.9 billion kwh for 4G network a year, or 1.1 tons of CO2 to be emitted to the environment.

The policy on sharing telecom infrastructure would also help mobile network operators restructure their business and find out long-term strategies that best adapt to the digital economy.

In the latest news, VNPT and MobiFone have signed an agreement on sharing infrastructure items of 700 new BTS.

Telcos, which ignored earlier advice on sharing infrastructure, have now changed their mind.