In addition to outsourcing, fintech, blockchain or AI are now among notable trends of Vietnam’s IT industry.

A fast-changing world fueled by new technologies from the Fourth Industrial Revolution has transformed Vietnam’s IT sector tremendously, the latest report “Vietnam IT Landscape 2019” released by recruitment network TopDev provides insights in the new seven trends of the sector. 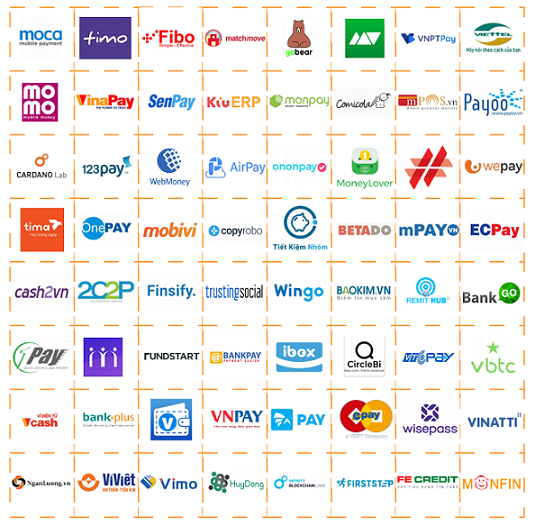 Since 2015, fintech has been developed strongly in Hanoi and Ho Chi Minh City, while some local fintech companies such as Momo and Money Lover have made their presence felt in the global map.

However, compared to regional peers, the number of fintech companies in Vietnam remained modest at 67, while in the 2017 – 2018 period there were 490 in Singapore, 196 in Malaysia, and 262 in Indonesia.

Seen as a technology to address challenges involving transparency in a cyberworld dominated by anonymity, Vietnam with a strong contingent of diligent and capable IT engineers is considered one of the emerging Blockchain hubs in the region, stated the report.

Most of blockchain products developed by Vietnam’s IT companies are made for global markets, including rising names such as OmniLabs, IBL, Lina, Nexttech, Umbala Network, among others.

According to Infinity Blockchain Labs, there are 430,000 opensource projects and 800 startups operating based on the blockchain platform all over the world.

With such advanced growth of AI platform such as OpenAI, OpenCV, TensorFlow, or Caffee, the challenge to fully capitalize on the advantages of AI is not the technology, but a quality and large database.

TopDev revealed over 73% of IT companies are considering applying AI into their products, indicating a potential rise in demand for AI engineers in the future.

Software as a Service (SaaS)

SaaS is predicted as new trend for IT companies in Vietnam. A survey by BetterCloud informed that by 2020, 73% of enterprises would run almost entirely on SaaS.

SaaS is currently the top trend in B2B Tech in many countries all over the world, but it still remains at early stage of development in Vietnam’s market, which provides a mix of long standing names such as Misa and new startups such as Base, Cloudjet, Vexere with new mindsets.

Latest statistics from Vietnam E-Commerce and Digital Economy Agency (iDEA) in September 2018 showed Vietnam’s E-Commerce market revenue in 2017 reached US$6.2 billion, up 24% year-on-year, while experts predicted the market is on track to reach the US$10-billion mark by 2020.

In addition to familiar names such as Lazada, Shopee, Sendo, Tiki, new companies have been on the lips of many, including Ecomobi, iFind, Zody, Jamja, Accesstrade, Massoffer, Wisepass, Websosanh, among others.

The five largest platforms today are Microsoft, Oracle, Intel, SAP and Salesforce worth a combined of US$911 billion, while integrated platforms between transaction and innovation such as Apple, Google, Facebook, Amazon, Alibaba and XiaoMi are valued up to US$2 trillion.

In Vietnam, various types of platform are developing strongly, especially in e-logistics with names of Grab, Go-Viet, FastGo, Be, Now, AhaMove, along with others operating in healthcare, business and accommodation in Jupviec, eDoctor, Luxstay, Homedy, Chili.
EdTech

As of present, Vietnam’s Edtech market has received investments worth US$55 million. According to TopDev, there are currently 50 EdTech companies in Vietnam, but most are in early stage of development, albeit Topica.