The turning point which changed the life of BInh and his family occurred in 2004. A former colleague of his asked him to guide PhD students to prepare dissertations in biotechnology. 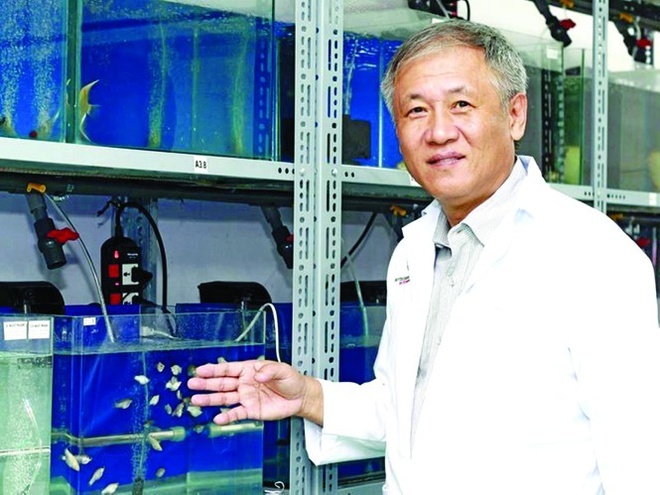 Binh then visited the HCM City Science and Technology to register scientific research projects and he was told to contact the city’s Department of Agriculture and Rural Development.

Nguyen Phuoc Thao, who was then director of the agriculture department, was happy when meeting Binh. The department was assigned to develop a biotechnology center and Thao still did not know where to start.

“I set three conditions. First, the city needs to offer me atleast subsistence wages. Second, the project must be big enough. Third, local departments and branches have to consider the building of the center as their responsibility. Nhan agreed on my requirements,” Binh recalled.

HCM City paid Binh VND10 million a month, which was three times higher than the pay to a Vietnamese worker with PhD, but just equal to 20 percent of the wage he received in Canada.

Nhan agreed to allocate the budget of $100 million to run the project as Binh requested.

Binh spent one month to return to Canada to resign from his post at the university and sell all his assets before returning to Vietnam.

In the first phase of operation, his center carried out training, scientific research, and produced vaccines, test kits and biopharmaceuticals. Binh kept an eye to all works, from plants to medicine and aquatic products and step by step assigned the works to his co-workers.

The center has trained and produced nearly 100 masters and PhDs, while Binh guided 30 PhD students.

However, Binh said that Vietnam still doesn’t have reasonable policies to retain talents. The researchers with master’s degree at the center are paid VND3.7 million a month. If they work for private enterprises, they can receive $1,300-$2,000.

Many research works carried out by the center have high economic value, such as the creation of orchid varieties, Ngoc Linh Ginseng hairy roots with gene technology, and the creation of a next-generation vaccine for catfish.

After 15 years of development, the biotechnology center has been growing rapidly with five functions - research, trial production, product commercialization, training, and international cooperation.