Will there be more hydropower plants?

Gia Lai’s people are afraid that hydropower plants will deprive them of land, but investors continue to plan more and more hydropower projects. 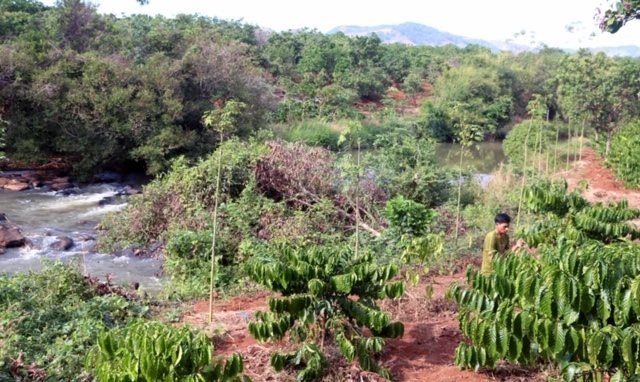 The plant is expected to cover an area of 10.23 hectares and the hydropower reservoir an area of 4.91 hectares in Wards 317 and 319 of Ia Grang commune. This is currently production forest land and agricultural land where cassava and cashew are grown, and surface water land.

The Ia Grai district authorities have agreed to add the Upper Ia Grai project to the list of small and medium hydropower projects to be developed in the locality. They have told Dak Doa Hydropower and Song Da Mien Trung JSC to submit necessary documents for agencies’ consideration.

Prior to that, Phuc Tin Co Ltd also asked for permission from Ia Grai district authorities to develop Ia Tchom 1 hydropower project with a capacity of 8 MW on Ia Tchom stream in Ia To and Ia Grang communes.

The projects have raised concern among locals, because their crops fields will be cleared to make room for hydropower plants.

Regarding Ia Tchom 1, the project is believed to occupy about 40 hectares, including 35 hectares of cashew, coffee, rubber and cassava cultivation.

A local man said that local authorities now and then gather local people to inform them about the development of new projects. Once hydropower plants arise, locals will lose their agricultural land, which means losing their livelihood.

Locals think that hydropower plants will cause the water level to rise and put the land under water, which will seriously affect their life.

The man said local residents do not want to receive compensation money and leave their land, because they want to continue to farm where the soil is fertile and near a water source.

“We don’t want compensation money. We want land. Only if we have land for production will we have a stable income. We also want to reserve land for our children and their offspring,” he said.

All of the streams on which investors plan to build hydropower plants are the tributaries of Se Sa River. There are already many hydropower plants on the ‘energy river’, including Ia Ly, Se San 3, Se San 3A, Se San 4 and Se San 4A, and many small and medium sized plants.

Nghe An: Poor districts complaints about impact of hydropower projects

The large number of hydropower projects in Nghe An Province have greatly affected the lives of local people.