Scientists: no need to worry about Chinese nuke reactors near border 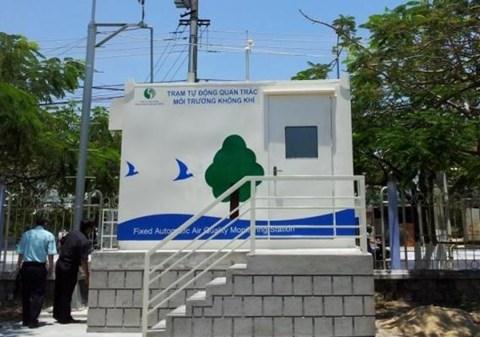 Scientists have reassured the public that there is no need to worry about the safety of nuclear reactors in the areas near the Vietnam-China border.

Nguyen Hao Quang, deputy head of the Institute of Atomic Energy, said Quang Ninh provincial authorities have proposed to the government to upgrade the radiation monitoring station in the province from a locality-level to regional-level one, amid worried that Chinese nuclear power plants are too near Quang Ninh’s residential quarters.

There are now four regional-level radiation monitoring stations in Vietnam.

However, according to Quang, the monitoring needs to be implemented in a master plan. The Ministry of Science & Technology (MST) said that the monitoring network is designed for warnings and responding to radiation troubles in the country and outside the border.

“We think there is no need to upgrade the local monitoring station,” Quang said, adding that MST has proposed to the government to maintain the current status of the station in Quang Ninh.

Under Decision No 1636 dated in 2010 about the establishment of a national network for monitoring and alerting environmental radioactivity by 2020, there will be a locality-level monitoring station in Quang Ninh.

The station, a part of the national network, has the function of discovering abnormal events in radiation in Vietnam and supporting a response to incidents of radiation and nuclear incidents.

Nguyen Tuan Khai, head of Varans, an arm of MST, said that Vietnamese agencies have sent a request through official channels to establish cooperation with China in the nuclear power field and they are awaiting an answer.

Also according to Khai, at the working session with the Chinese counterpart last December, the head of the Vietnamese Ministry of Science & Technology suggested establishing an exchange channel on nuclear power technology between Vietnam and China. The Chinese side noted the suggestion.

According to IAEA (International Atomic Energy Agency), by September 20, 2016, China had had 35 nuclear power generation units in operation with the total capacity of 31,617 MW. Meanwhile, many other electricity generation units are being built. In order to satisfy the high demand for electricity, China plans to operate 100 nuclear power plants by 2030 and 170 plants with the capacity of 195,000 MW by 2050.