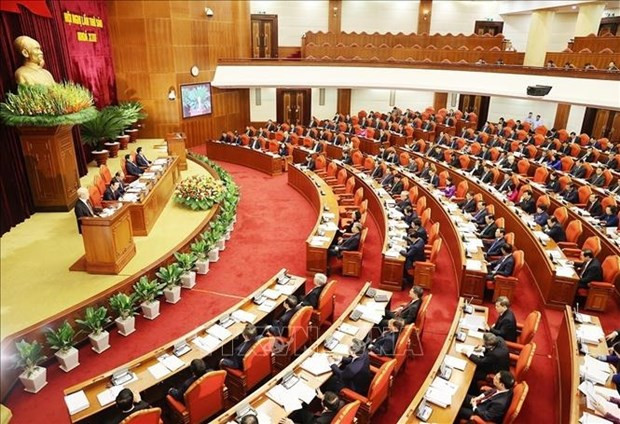 An overview of the meeting (Photo: VNA)

In the Politburo’s report to the committee, Thang, who is also member of the Party Central Committee, was found to show degradation in political thought, morality and lifestyle; violate Party regulations and State laws; violate regulations on the things that party members must not do and the responsibility of setting an example; causing serious consequences and great losses to the State budget, people and society; enabled the corruption case at the Hai Duong Centre for Disease Control; stirred public concern; and damaged the reputation of the Party organisation, administration, and the locality.

The Ministry of Public Security’s Investigation Police Agency decided to detain and launch proceedings against Thang.

In the afternoon, the committee discussed in groups a project on continuing to build and perfect the law-governed socialist State in the new period./. VNA