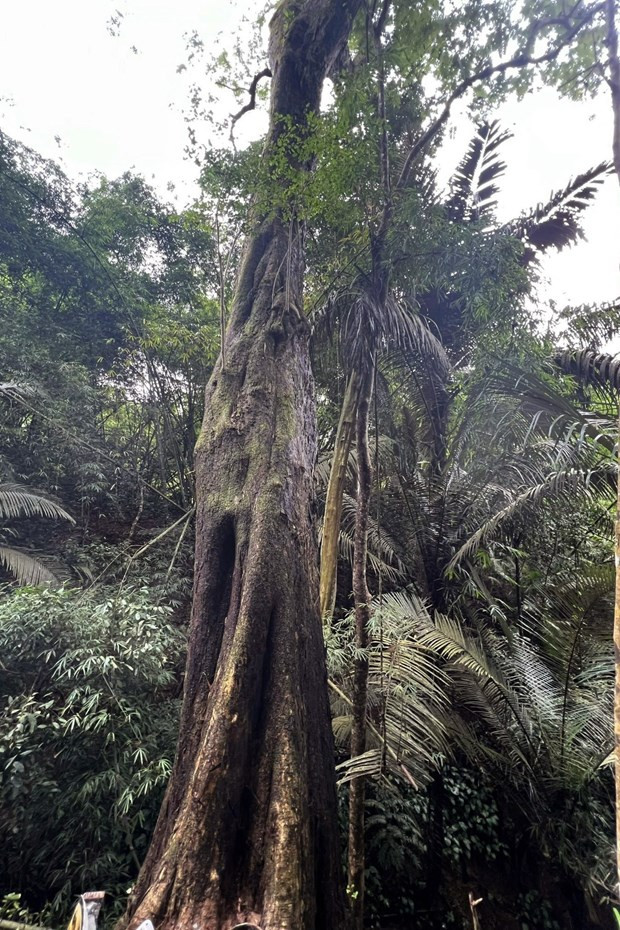 Vu Van Hieu, Deputy Director of the provincial Department of Agriculture and Rural Development, said Ha Giang is home to the country’s second largest tea area, with over 20,500ha, and has an annual output of 94,000 tonnes.

Shan Tuyet is a speciality of the province that has become popular among domestic and foreign consumers thanks to its good quality, typical taste, and various products winning international awards, he noted.

So far, Ha Giang has had 1,629 plants recognised as “Heritage Trees”, including the newly recognised ones. It is also the province with the biggest number of ancient Shan Tuyet plants earning this recognition in Vietnam.

All the trees are aged over 100. Notably, the “giang huong” in the forestry zone of the Thac Mo protection forest management board is nearly 450 years old.

In 2011, the Vietnam Association for Conservation of Nature and Environment launched a programme to select and honour the country’s heritage trees in a bid to conserve their genetic resources and raise public awareness of environmental protection.

It also aims to contribute to the diversification and abundance of Vietnam’s flora and scientific research in the field.

To win the honour, a tree must be at least 200 years old if it is a wild tree, and at least 100 years if planted. Moreover, it should be connected with historical and cultural characteristics of the area where it grows. Those which do not meet the criteria but hold special scientific, historical or cultural values can also earn the recognition.
Source: VNA