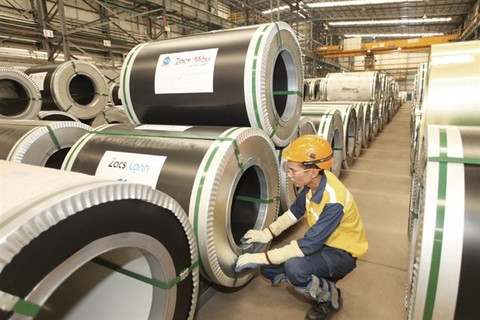 Many legal documents in Viet Nam have been made in such a way that creates a great compliance burden on firms, according to insiders.

Nguyen Thi Dieu Hong from the Legal Department, Vietnam Chamber of Commerce and Industry (VCCI), underlined circulars as written statements of government policy that are highly influential on firms. In some fields, firms regard circulars as legal documents with higher legal validity than laws and decrees.

However, firms normally have little say in the circular-making process. Their limited involvement has resulted in many impractical circulars that were repealed just a few months after their enactment.

"Firms have little opportunities to give their voice to final drafts. There was once a circular that was abolished shortly after it was enacted," said Hong.

She took Circular 15 on stainless steel as an example of such short-lived circulars. The circular remained effective for just eight months. Many firms were caught off guard by its less-than-one-year lifespan.

"Short-lived circulars cause huge costs to both the State and firms," she added.

Nguyen Van De, chairman of the Vietnam Private Hospital Association, mentioned a whole bunch of circulars that have been causing a great compliance burden to firms.

He also remarked that in Viet Nam circulars are deemed to be higher than decrees in the hierarchy of legislation. Despite of their crucial role, many circulars have turned out to be more of a hindrance than a help.

"Impractical circulars are more destructive than corruption. They hold back firms and fuel unemployment to the detriment of the State budget," said De.

Nguyen Quoc Hiep, chairman of the Vietnam Association of Construction Contractors, said legal inconsistencies inherent in the 12 laws regulating the realty sector have given rise to many compliance difficulties.

He took the Law on Housing and Law on Construction as an example. Under the first law, investors are required to give a warranty of at least 60 months for their apartments. Meanwhile, the second law requires a warranty of 24 months at most.

"The two laws have been drawn up by two departments under the same ministry, the Ministry of Construction, and on the same issue, yet they are inconsistent," said Hiep.

He revealed that he had made some inquiries about the legal inconsistency but no reply has been given so far. Some firms told him they would quit investing in the sector on that account.

Tran Ngoc Anh, a representative from US-ASEAN Business Council, remarked that firms, in fact, did make comments on many drafts but their comments normally got nowhere.

"A whole bunch of firms failed to get customs clearance because of the legal incompatibility between local and foreign laws," added Anh.

Chu Thi Hoa, deputy head of the Institute of Legal Sciences, Ministry of Justice, asserted that frequent adjustments to legal documents would cause huge costs to both the State and firms.

"After a legal revision, firms incur additional compliance costs whereas the State incurs the costs of revising the documents and making the revised versions known to the public," said Hoa.

The deputy head called on law-makers to listen to the voices of business community when formulating legal documents to ensure their practicality.

She also said law-making process should strictly follow the steps specified in Law on Promulgation of Legal Documents to ensure their consistency. — VNS