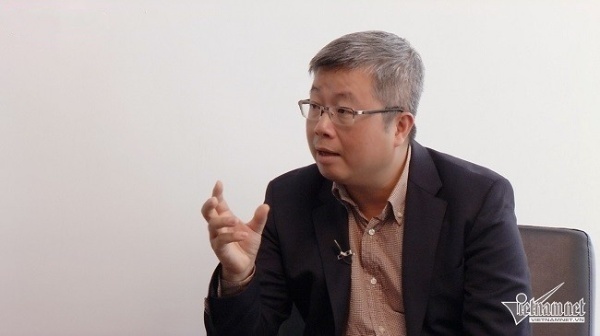 It is indeed difficult to ask Facebookers to be completely decent when expressing their viewpoints and they seem to only realize their mistakes when appropriate agencies handle the mistakes. How should we behave towards the posting of information on social networks by individuals?

Social networks connect people quickly in a moment. Immediately after an opinion is posted, it can be read by many people, and certain comments can be liked by many people. That technological utility makes us inclined to express our opinions to the community.

In a very natural way, technology has changed people’s behaviors, and even changed their culture while they don’t notice the changes. You have changed from a person who could live well without social networks, into a person who always feels the need to access social networks once every five minutes, to find out how many likes or comments there and to express your opinions.

To some extent, the permissiveness and utilities brought by technology are depraving people, I mean depraving in behavior, not perception. We spend too much time and consider the behavior essential in our lives. But it is really not. We have so many other things to do in our life.

I believe that there are many people who still can live well without access to social networks every day.

But no one says social networks, which are so popular nowadays, will exist for ever amid the development of technology, as we have AI, we have chatbots, and IoT.

In other words, social networks will change, either because of the technology development, or the demands of life.

I just want to say that we lived well in the past without social networks. And we still found ways to express our opinions. Nowadays, with social networks, we have more utilities, but the utilities and permissiveness are corrupting people’s living behaviors. Not all behaviors on social networks are useful and bring benefits to society.

Returning to the role of management agencies, regarding this issue, Facebook, Google and YouTube have affirmed they are willing to cooperate with Vietnam to control, block and remove malicious and illegal information. What do you expect from the cooperation?

Mr Nguyen Thanh Lam: The work of controlling and minimizing negative impacts of social networks, including preventing and removing bad and toxic content, fake news, news that offends the honor of organizations and individuals, and violates other regulations of laws, has been receiving attention and instructions from the highest ranking leaders of the Government.

Therefore, the prevention and fight against toxic and negative information on social networks by appropriate agencies, including the Department of Broadcasting and Electronic Information, the Authority of Information Security, The Authority of Telecommunications, the MIC’s inspectors have got remarkable results, reflected by the press.

Regarding the cooperation of the platforms that provide cross-border public information content in preventing toxic information, I can say that the cooperation of Google and YouTube and their response to the requests of the Vietnamese agencies are fairly good, because they understand why we ask them to do these things. And these issues are suitable to their viewpoints and principles in creating a healthy environment, optimizing and making users’ experience healthy.

For Facebook, initial cooperation with Facebook has been made, but we think the parties still need more time to discuss and convince each other, and sometimes we still need to struggle.

Facebook still has different viewpoints in joining forces with Vietnamese agencies to prevent bad content. These include differences in which kind of information to block and how to block.

Actually, differences always exist. But what we've seen lately is that, in the same category of things, YouTube's coordination is better than Facebook's. For Facebook, it took us more time to convince them to do these or those things. There is information that YouTube blocks, but is not done by Facebook.

When Google discovered clips with bad and toxic content, the accounts and the pages which distributed untrue and unverified information which aimed at social disturbance, it blocked them thoroughly.

It not only blocked those clips, but also blocked the revenue sharing of the account holders who distributed the clips online.

I hope that in the coming time, progress will be made in the management on this social network once the parties better understand each other.

Also, we also need to carry out other synchronous solutions, so that the companies providing social network platforms around the globe understand that when they come to Vietnam, a country with a rich culture and history, and a different political regime, they need to make suitable choices, respect the country’s right to self-determination and sovereignty in cyberspace, and respect and observe the recommendations of the authorities in Vietnam.

I hope that this work will be implemented better in the time to come with the participation of management agencies, the whole society, official media and social media.

I hope that everyone understands the importance of the work. And don’t pry into the issue with ill-willed look that Vietnam is restricting the freedom of speech and freedom of information. This is completely wrong.

Once untrue information is released, it may lead to dangerous consequences, which may even harm life safety. A group of women attacked a woman as they thought the woman was a child trafficker. But she was not. And no one took responsibility for the unfair beating.

These problems show that social networks have negative effects that need to be aware of. There is also the behavior of exploiting the policy on freedom of belief to disseminate the information to call for illegal protests, distorting policies and undertakings of the Party and the State. Those are unacceptable behaviors on social networks and they violate Vietnamese law.

Therefore, we need to work together, accelerate the raising of common awareness about this issue, and find solutions to the problem together, not just sit there and wait for things to naturally get better.