Vietnam is not listed in the 2018 Program for International Student Assessment (PISA) ranking, though it had better overall results than previous years.

On December 3, 2019, the Organization for Economic Co-operation and Development (OECD) announced the assessment results of international students from 79 countries and territories. 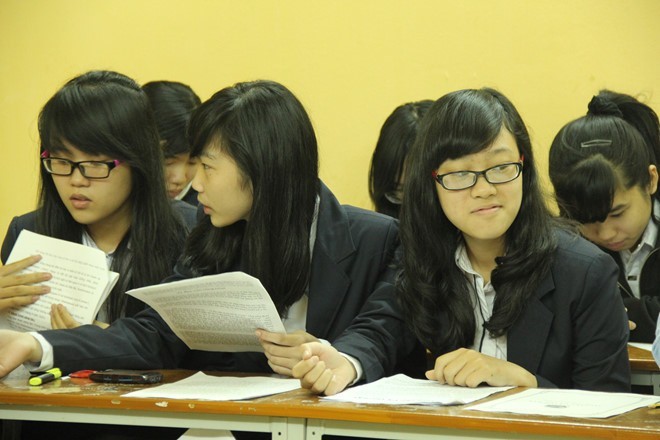 According to theh Ministry of Education and Training (MOET), Vietnam had 505 scores from reading comprehensive, the 13th highest score out of 79 countries and territories (it ranked 19th out of 65 countries in 2012 and 32nd out of 70 countries in 2015).

The strength of Vietnamese students initially found in the PISA report is in the students’ positive attitude to do the tests with a high participation rate. Vietnam is among the countries with the highest rate of students answering all the questions.

However, Vietnam was not included in the 2018 ranking for two reasons.

Later, because of Vietnam’s active cooperation in the data processing, in September 2019, OECD accepted to announce Vietnam’s results together with other countries on December 3, 2019.

Second, the data collected from Vietnam doesn't fit the OECD’s question/answer. theoretical model. The discrepancy is higher than other countries.

When analyzing Vietnam’s PISA data, OECD raised questions and made a strict examination over the technical process of the organization of PISA test in Vietnam. The organization sent the head of the data analysis division to Vietnam to inspect test questions, and interview officers and teachers.

After the inspection, OECD came to the conclusion that Vietnam did not make any mistake in the organization of the tests, and it did not fabricate figures.

However, the results of Vietnamese students’ answers on paper were very different in comparison with the countries implementing on computers.

VN gets high scores but not named in PISA 2018 ranking

Vietnam has missed out in the ranking of Programme for International Student Assessment (PISA) 2018 despite getting high scores.