Do all new engineer graduates in Vietnam need to undergo retraining?

A survey conducted at Japanese-invested enterprises found that 100 percent of new engineering graduates in Vietnam have to be retrained for one or two years to satisfy requirements of enterprises. 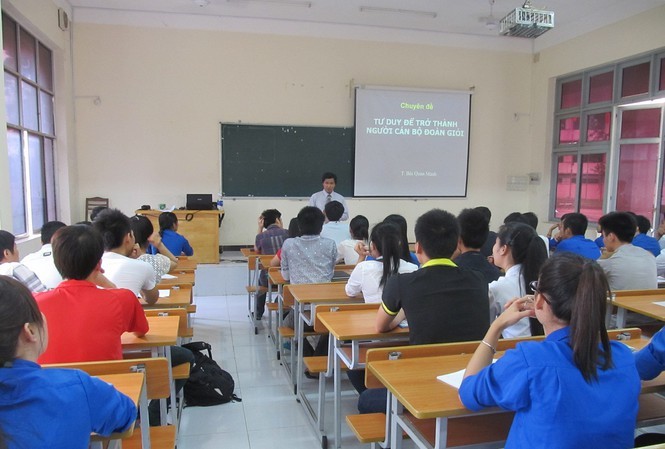 The surveyed enterprises operate in fields of electronics, automobile/motorbike and mechanical engineering. More than 48 percent of them are Vietnamese owned enterprises, 31.6 percent are Japanese owned and 19.7 percent non-Japanese foreign owned.

The survey found that enterprises were satisfied about the workers’ strict compliance with regulations, operating standards in production, and their ability to quickly adapt to new equipment.

However, the survey also found deficiencies of new school graduates. They are not active in using basic techniques; have no sense of keeping the factory clean; lack basic knowledge such as reading detailed design drawings; and lack soft skills such as communication and document compilation.

Some new graduates don’t know how to prepare a document, and they make spelling mistakes. They have weak management and presentation skills. Moreover, the limited logical thinking capability makes them work in a passive way and do just what they are told to do.

Huong also pointed out that new graduates are weak in using supporting tools at work. This is explained by the fact that the tools they use at school during practice hours may not be the tools used at enterprises, especially foreign invested firms, which use modern equipment.

Regarding professional ability, the survey found that many technology major graduates do not have basic knowledge.

“Some technical officers cannot solve simple questions we raise such as calculating the area of a trapezoid, calculating the side of a right triangle and drawing a simple circuit,” Huong said.

“Their foreign language skills and other soft skills such as computer use, presentation and problem solving are all bad. They even have problems when making presentations in Vietnamese language,” she said. “This reflects the students’ lack of self-confidence which is a barrier for them when looking for jobs."

Minister of Education and Training Phung Xuan Nha at a conference on developing human resources for the ICT industry held in late March said that of 50,000 technology major graduates from universities each year, only 30 percent can work immediately, while 70 percent have to undergo retraining.

Nha said to improve the quality of technology major students, it is necessary for training establishments to join forces with enterprises to increase the number of practice hours during training.

Giving up a doctoral degree at Paris Sud University in France, Le Cong Thanh set up a business which collects 14 billion data records and scans 40 million bits of information a day.

Vocational schools complain they are finding it difficult to enroll learners despite attractive job opportunities.

Vietnam's Ministry of Health today, July 31, confirmed the first Covid-19 death as the coronavirus re-emerged in the country last week after 99 days without local transmission.

If the educational environment changes, training quality improves, and teaching methods are more reasonable, students will choose to stay in Vietnam to follow tertiary education instead of going abroad, educators believe.