PM Nguyen Xuan Phuc has agreed to assign the People’s Committee of HCMC as the state agency to implement a project building an expressway linking the southern economic hub with Moc Bai in Tay Ninh province. 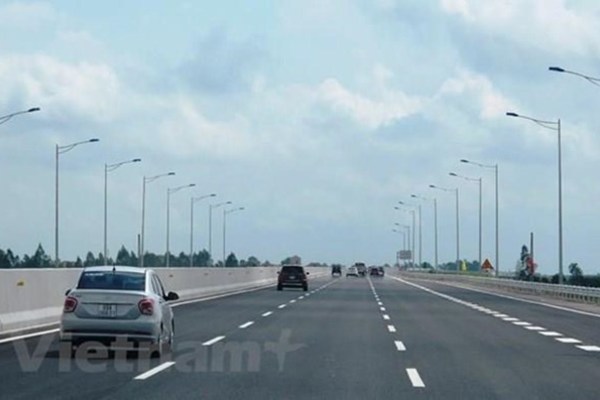 The PM tasked the Ministry of Transport and thePeople’s Committee of Tay Ninh province to closely work with the People’sCommittee of HCM City to carry out the project as regulated.

The expressway is designed with a total lengthof about 53.5km, starting from a road belt in HCM City’s Hoc Mon district andending at a point linking with Highway 22 in Tay Ninh’s Moc Bai internationalborder gate area.

The project will be carried out under thepublic-private-partnership (PPP) form and build-operate-transit (BOT) contractwith the State’s support in two phases.

Once completed, the project is expected to improvethe traffic for the two localities and the Mekong Delta/. VNA

US$516bil. highway to be put into operation

A $516 million highway connecting Bac Giang and Lang Son Province is being completed and will soon be put into operation. Some photos of the highway: