Ha Nam province to host Vesak 2019 this May

Vesak 2019, or the 16th United Nations Day of Vesak (UNDV), will be celebrated at the Tam Chuc Buddhism Culture Centre, Kim Bang district, Ha Nam from May 12-14, marking it as the third event of its kind to be held in Vietnam. 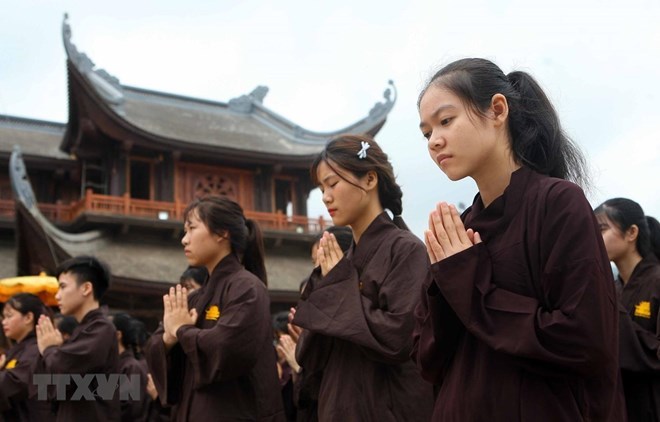 Vesak 2019 celebration has the theme “Buddhism’s Approach to Global Leadership and Shared Responsibilities for Sustainable Societies” and is chaired by the Vietnam Buddhist Sangha (VBS) in coordination with the International Council for the Day of Vesak (ICDV).

At a press conference held in Hanoi on April 18, Venerable Thich Gia Quang, Deputy Chairman of the Executive Council and Head of the Communications Board of the Vietnam Buddhist Sangha, who is Vice Chairman of the Vesak 2019 Organizing Committee, said Vietnam successfully hosted Vesak celebration in 2008 in Hanoi and in 2014 in Ninh Binh province.

According to Thich Duc Thien, Deputy Chairman-Secretary General of the Executive Board of the VBS, Vesak 2019 celebration will welcome around 1,500 foreign Buddhist leaders, scholars, researchers from 105 countries and territories together with heads of state and ambassadors and representatives of international organizations in Vietnam.

Vietnam’s Party, State and VBS leaders and around 15,000-20,000 local and overseas Buddhist followers will attend the event.

Vesak 2019 celebration will have five forums discussing the responsible leadership for sustainable societies, Buddhism’s approach to harmonious family, education, and responsible consumption, and Buddhism and the Fourth Industrial Revolution.

Some 398 presentations in English from foreign scholars and 110 others by Vietnamese scholars have been sent to the event.

Spiritual and cultural events will be held on the sidelines of the event, like the Bathing of the Buddha ritual, requiems, a lantern night, photo exhibitions on world heritage pagodas, an exhibition on Buddhist antiques, and an art exchange.

Vesak 2019 is an important diplomatic event affirming of the role of Vietnam’s Buddhism in international integration.

The UN General Assembly on December 15, 1999 recognized the Day of Vesak to celebrate the thrice-sacred event of the life of the Buddha Gautama. The Buddhist community in different countries has organized activities to celebrate this day every year.-VNA 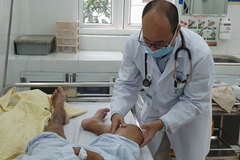 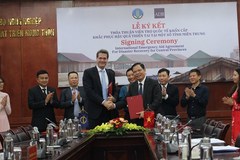