A physics major at the Hanoi-Amsterdam High School for the Gifted has received two pieces of good news – acceptance letters from MIT and Princeton University in the US. 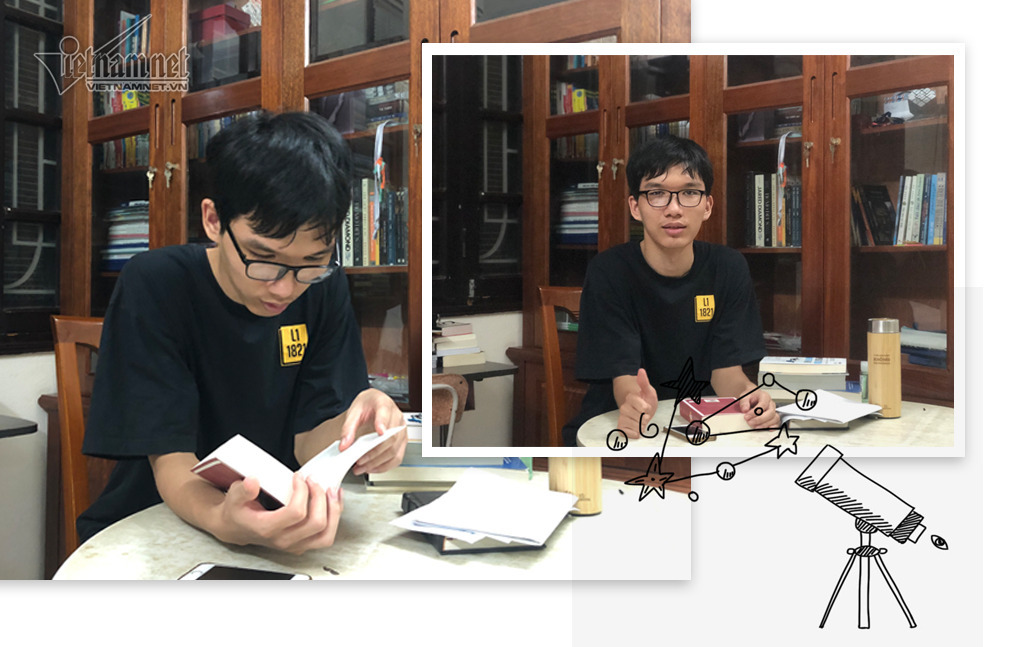 MIT ranks fifth among THE’s best universities in 2021 and leads the world’s schools in technology training according to QS 2021 ranking. It offered the student financial support of $64,000 a year.

In childhood, Quan was curious about natural phenomena in the universe. "Why are there constellations?" "Where do shooting stars come from?" These were questions that Quan wanted to answer.

The great achievements were why Quan’s friends called him superman.

Le Manh Cuong, his physics teacher, discovered Quan’s special love for constellations in the sky. Though astronomy and astrophysics was not a subject in the general education program, he decided to help Quan learn about it.

Later, it was the teacher who sent Quan to the national astrophysics team to attend the international competition. In 2019, Quan attended the International Olympiad on Astronomy and Astrophysics (IOAA) and won a gold medal with maximum scores.

After returning from the international competition, Quan began seeking an environment where he could study and conduct research.

He believed that leading schools such as MIT and Princeton would offer favorable conditions for students’ creativity, learning and promotion of their abilities, especially with the advice of leading professors in their fields.

Quan applied to the two schools because they are among a small number of schools that choose international students based on their abilities, not on candidates’ financial capability.

Quan had a strong profile when applying for the schools. The physics major had a 1600/1600 SAT and 8.0 IELTS. He twice won first prize in physics at the national competition for excellent students, when he was in the 11th and 12th grades.

The medals were not really made of gold, but from sweat during training, according to Quan. He said hopes he will have the chance to attend the International Physics Olympiad this year.