Over the past year, the trains have been brought to Hanoi from France. The 10th train was transported to the city in September this year.

According to the Metropolitan Railway Management Board (MRB), the Covid-19 pandemic has seriously slowed project implementation, including the import of equipment from Europe and the travel of foreign experts. 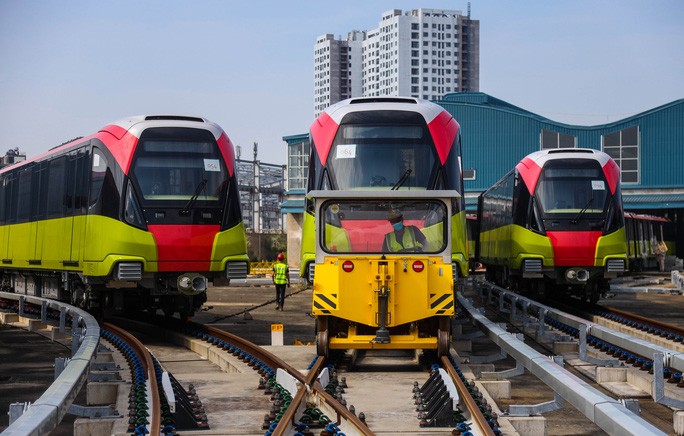 Once operational, eight trains will be officially in service, with one used to ease overloading at peak hours.

The MRB is completing procedures for the train registry.

Each train is designed to carry between 944 and 1,124 passengers with a maximum speed of 80 kilometres per hour.

The trains are designed and manufactured by France's Alstom company.

The project has cost an estimated VND33 trillion (USD1.42 billion),

The elevated section is slated for commercial operation by the end of this year, while the remaining part which is underground will be put into use next year.

The elevated section of the Nhon - Hanoi railway station metro line project (8.5 km long) will not be completed on schedule by the end of this year as planned.