Hundreds of households in Quang Nam isolated due do landslides

Hundreds of households in a mountainous district of the central province of Quang Nam have been isolated because of landslides following flash floods.

Many roads in Tay Gianh District have faced dozens of severe landslide spots after flash floods since September 18.

Two serious landslides have been found in Axan Commune with hundreds of cubic metres of soil swept away.

The same situation is seen on Road DT 606. The road is too slippery due to mud so people have to carry their motorbikes.

Le Hoang Linh, vice chairman of Tay Giang District People’s Committee, local authorities have dealt with landslides in some communes. Meanwhile, landslide spots in Axan Commune are more serious, so it will need more time to be tackled. Food will be transported to the commune to support local residents today, September 23. 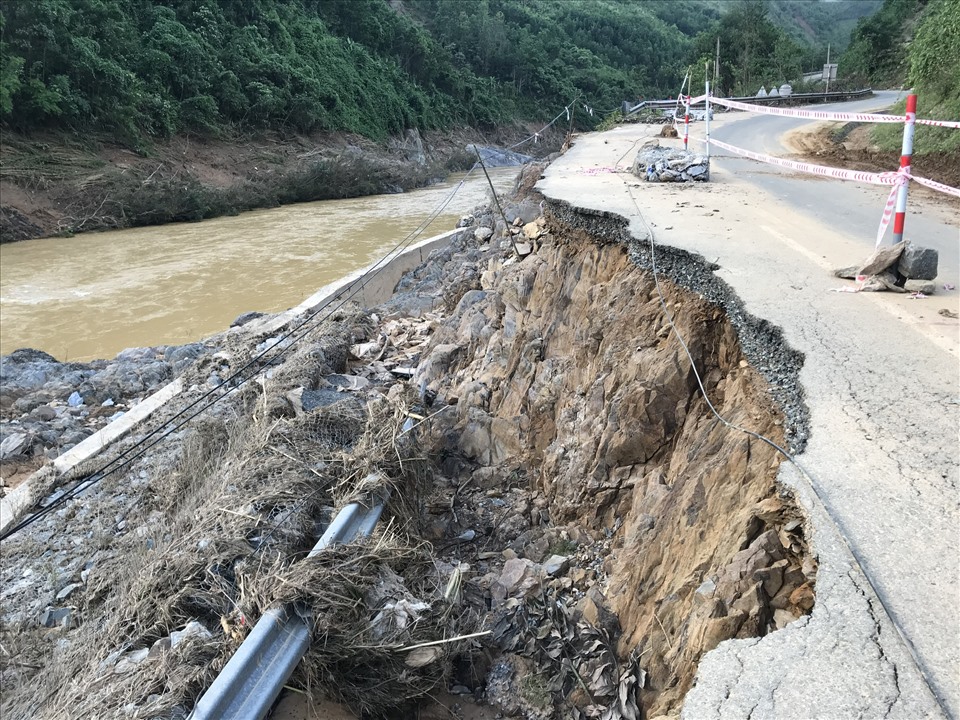