The Hansae Yes24 Foundation and the Hansae Vietnam Co Ltd, presented 10,000 books to primary school students in Ho Chi Minh City at a ceremony on April 18. 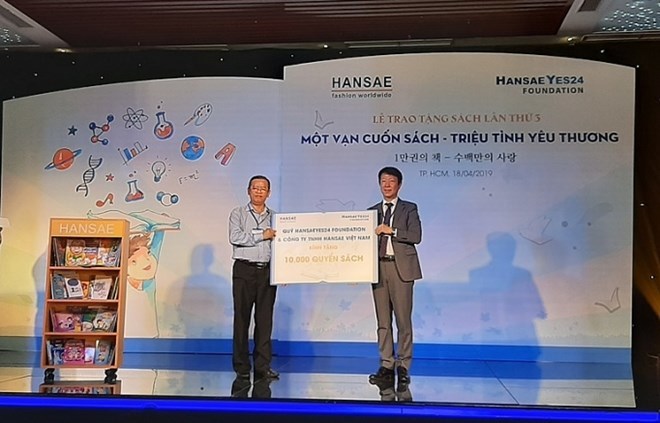 This is the third time the foundation has presented books to children in HCM City (Source: congthuong.vn)

This is the third time the foundation has presented books to children in the southern metropolis.

The books will be divided among more than 100 primary schools in the city.

Head of the primary education division under the city’s Department of Education and Training Nguyen Quang Vinh said the gift of books has contributed to building and promoting the habit of reading among students.

The book presenting programme began in 2017, with 30,000 books donated so far. The organising board plans to expand the programme to other localities.

The Hansae Yes24 Foundation was endowed in 2014 by Kim Dong Nyung, Chairman of the Board of Hansae Yes24 Holdings Corporation. The foundation aims to help extend the economic cooperation that the Republic of Korea has established with foreign countries to the spheres of culture and human ties.-VNA