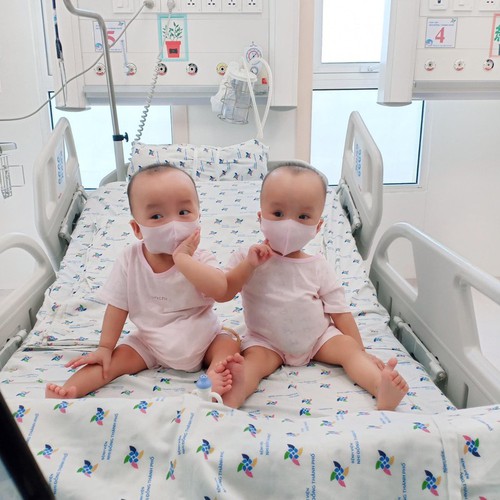 Over a month after their separation surgery, the health status of Truc Nhi was better than that of Dieu Nhi, with doctors therefore deciding to remove the cast from her legs. 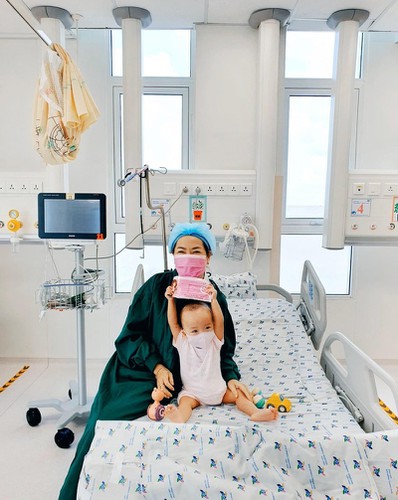 The decision made by doctors to remove the casts from the twins will enable the infants to take their very first steps in life.

At present Truc Nhi and Dieu Nhi are enjoying stable health condition. The pair are able to drink milk and eat porridge independently and both have a good digestive system health. 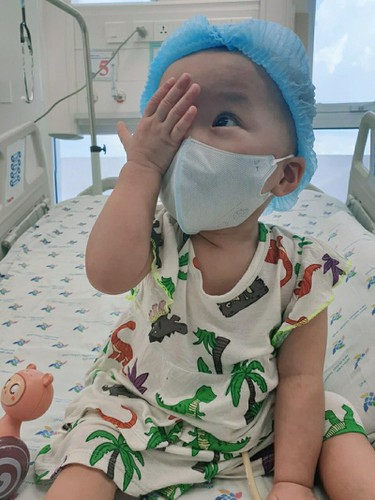 The twins enjoy playing peekaboo with nurses and doctors.

Truc Nhi and Dieu Nhi are allowed to share the same bed while participating in activities together. 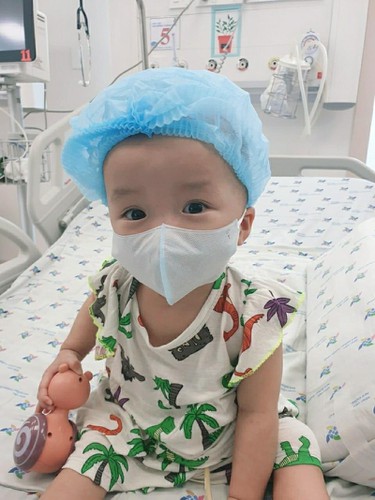 The baby girl sits still as she poses for a photo.

She laughs as a nurse carries her around the hospital.

The 12-hour operation to separate conjoined twins in Vietnam, with the participation of nearly 100 medics, has made headlines in foreign newspapers.