Nghe An seeks over $3 million to deal with prolonged drought

The central province of Nghe An has asked the Ministry of Agriculture and Rural Development to provide financial support of VND75 billion (USD3.26 million) amid the on-going severe drought.

Nghe An has experienced seven hot snaps lasting between 4 and 10 days each since late March this year. While the locality has been struggling with the heat since June 3 without any rain.

The province’s total rainfall so far this year is estimated much lower than the same periods in 2017 and 2018.

By late June, most local reservoirs had lower water levels than their designed capacity.

The National Centre for Hydro-meteorological Forecasting forecasted that the northern central region, including Nghe An, would see more hot spells this month with temperatures of more than 40 degrees centigrade.

Nghe An authorities have instructed local hydropower plants such as Ban Ve and Khe Bo to enhance their reservoirs to discharge water to save the crops.

However, water at Ban Ve Hydropower Plant’s reservoir this year is also much lower than in previous years. At present, the reservoir’s water is at roughly 87 million cubic metres, equal to 5% of its designed capacity.

The droughts have resulted in many fires in Nghe An, including six in forests.

Besides dredging canals, the province has planned to turn 1,600 hectares of rice into growing other crops of greater economic value. 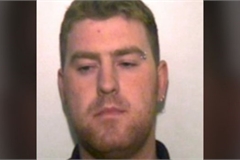