A special flight to guarantee citizens' right to life

ensuring safety for all citizens returning from the epidemic areas of the Vietnamese State.

The campaign to remove Vietnamese citizens from Hubei

Right when the Chinese media reported about the epidemic, on January 14, the Department for Consular Affairs under the Ministry of Foreign Affairs coordinated with Vietnamese representative agencies in China to implement many measures to protect citizens.

Ms. Nguyen Thi Huong Lan - Deputy Director of the Ministry of Foreign Affairs’ Department of Consular Affairs – said: “We kept in touch with Vietnamese students and Vietnamese people in China, especially those in Wuhan, to encourage and disseminate knowledge about disease prevention under the Chinese health authority’s recommendation; made list of Vietnamese citizens who were in China; helped stranded citizens to apply for visa extension; and met and handed over diplomatic notes to the representative of the Chinese Ministry of Foreign Affairs to ask them to take all necessary measures to ensure the safety and health for Vietnamese citizens in China.”

On the night of February 9, the Department for Consular Affairs sent a mission, led by Director Vu Viet Anh, to Van Don International Airport in Quang Ninh Province to welcome 30 Vietnamese citizens from Wuhan.

The Department for Consular Affairs coordinated with the Vietnam Embassy in Beijing and related ministries, branches, agencies and localities to closely monitor the travel schedule of Vietnamese citizens from all over China to the meeting area to come back home.

To successfully deploy this flight, the Vietnam Embassy in China had to handle many procedures such as: collecting citizens' aspirations for repatriation and making the list of these people to send it to local authorities, sending diplomatic notes to the Chinese authorities to apply for flight permits, working out plans and arranging facilities, necessities, medical protective equipment, accommodation and places for gathering Vietnamese citizens in Hubei, and asking support of the Department of Foreign Affairs of Hubei province to allow Vietnamese citizens to pass through local checkpoints to arrive at the airport on time.

The Ministry of Foreign Affairs and the Vietnamese Embassy in Beijing continuously worked through diplomatic channels to get early notice of the flight permit. However, the Chinese side said that the procedures in China had to go through many stages and the Wuhan airport had to focus on serving previously registered aircraft.

Until about 5pm on February 9 (only 4 hours before the flight departed from Vietnam), they by phone called about the license for Vietnam’s flight.

After flight HVN68 landed at Van Don airport, Quang Ninh province at 5.4am of February 10, Vietnamese authorities quickly carried out disinfection procedures and medical examination in accordance with epidemic prevention regulations for 30 citizens, including a female passenger who was eight months pregnant. All citizens had stable health condition and were taken to the Central Hospital for Tropical Diseases for quarantine.

No one left behind

The Covid-19 pandemic has become extremely complicated, unpredictable throughout the world. There are about 4.5 million Vietnamese people living, studying and working abroad. A large number of Vietnamese citizens, mainly vulnerable subjects such as students, women, the elderly, the sick or unemployed workers, those who are stuck due to expiration of visa... want to return home.

To seriously implement the guiding of the Government of facilitating Vietnamese abroad to go home, based on appropriate priority order and the country’s ability for quarantine, the Ministry of Foreign Affairs has coordinated closely with relevant ministries, departments and agencies, using all domestic resources and capabilities to organize flights to bring back our citizens as soon as possible.

With the humanitarian policy and determination "do not leave anyone behind", the protection of Vietnamese citizens has become a highlight in Vietnam’s efforts to prevent and fight corona virus epidemics.

Following the Prime Minister's direction, with the determination “not to leave anyone behind”, in the context of the complicated pandemic, when many countries have a blockade policy, the protection of Vietnamese citizens is still a top priority of Vietnamese representative missions overseas.

This is the most important political task, aimed at maximally protecting the rights and interests of Vietnamese citizens, ensuring their health, and bringing people in extremely difficult circumstances back home.

Ms. Nguyen Thi Huong Lan - Deputy Director of the Ministry of Foreign Affairs’ Department for Consular Affairs – said that the Ministry of Foreign Affairs cooperated closely with the Ministries of Defense, Health, Transport, relevant authorities, overseas Vietnamese representative agencies and Vietnamese airlines to organize nearly 140 flights to bring nearly 40,000 citizens from about 50 countries and territories to Vietnam in the past five months, from April 10 to late September 2020. 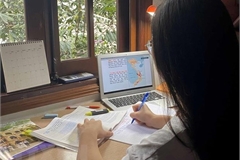 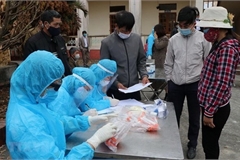 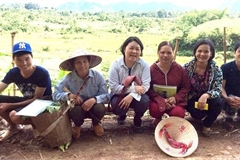 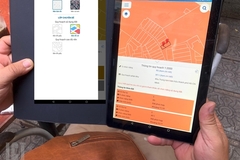 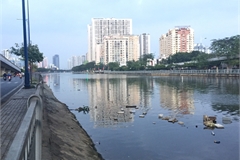