Controversial issues surrounding the Thu Thiem New Urban Area project in District 2 of HCMC could be put on the agenda of the seventh sitting of the National Assembly (NA), which kicks off later this month.

Three lawmakers from the HCMC delegation of NA deputies held a meeting with the voters of District 2 to make preparations for the plenary session, reported the local media.

Voter Truong Van Sinh urged the NA delegation to ask the HCMC People’s Committee over when it will organize a dialogue with the residents from the five blocks in the wards of An Khanh, Binh An and Binh Khanh, which are claimed to be beyond the approved boundaries of the project but which were wrongly recouped for project development. The dialogue follows the request of Deputy Prime Minister Truong Hoa Binh.

Sinh cited the findings of the Government Inspectorate, noting that the unauthorized area was much larger than the 4.3-hectare area identified in Binh An Ward as being outside the boundaries of the project.

“The dialogue is aimed at clarifying the zoning boundaries of the project, and it must be attended by representatives of the Government, the Government Inspectorate and the HCMC People’s Committee,” he said.

Elderly voter Tran Thi My stated that she was one of more than 100 residents who had filed complaints in Hanoi City. She said the mistakes associated with the project had affected local residents, adding that the improper compensation for residents who have yet to be resettled is the fault of grassroots authorities.

She said that poor people have no other choice but to travel to Hanoi to make appeals. This has caused financial losses for the people and the State and has affected the prestige and investment attraction of the Thu Thiem New Urban Area.

“The authority and people should sit together to solve the problem. It is necessary to make corrections to regain the people’s confidence and the city’s trust,” she explained.

Meanwhile, voter Nguyen Hong Quang claimed that the local authority had not executed the most appropriate policies to benefit local residents, thereby causing significant losses. He cited the case of his household’s legal land, pointing out that he had received only VND150,000 (US$6 at the current value) per square meter as compensation, a trivial fraction of the market price at tens of millions.

Quang suggested that this issue should be on the table for NA deputies at the upcoming session, and an interdisciplinary team should be set up to investigate it further.

Some other voters shared the same view as Quang, adding that individuals responsible for violations involving the project should be prosecuted.

Responding to residents’ complaints, Deputy Phan Nguyen Nhu Khue said that the HCMC delegation of NA deputies had sent reports on the issues concerning the project to the NA Standing Committee, the NA Committee for People’s Aspirations and the Vietnam Fatherland Front Committee.

Whether the Thu Thiem issues will be discussed at the NA’s session depends on the NA Standing Committee, he said, adding that if these issues should be discussed, the city’s delegation will question the relevant agencies, especially the Government Inspectorate.

Deputy Nguyen Thi Quyet Tam pledged that she and other deputies will oversee the issue more intensely. “The rights and interests of local residents must be guaranteed in line with the law,” she said.

Covering a total of 657 hectares along the Saigon River in HCMC's District 2, Thu Thiem Peninsula is expected to transform into a new commercial, financial, cultural and tourism hub of the city, serving as an extension of the city’s current central business district.

In making room for the large-scale project, which was approved in 1996, HCMC has spent over 10 years on demolition and site clearance activities across most of the peninsula, with nearly 15,000 households already relocated. SGT 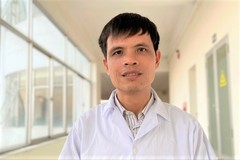