The surgery was conducted on January 21 this year.

The patient receiving the limb was Phạm Văn Vương, 31, from Thanh Trì District in Hà Nội.

Vương suffered an accident at work in 2016. His left hand and about one third of his arm were irreparably damaged and doctors had to amputate it.

At the beginning of this year, the Central Military Hospital 108 received another serious case.

The victim also suffered a work accident that damaged his upper left arm, near the armpit.

After three weeks of treatment, doctors were unable to save the patient’s arm and decided to amputate it. However, the patient’s left hand was still intact and could be transplanted.

The victim, who remains anonymous, and his family had agreed to donate the hand to Vương as a humane gesture.

Since Vượng’s hand is already undergoing multiple infections and necrosis, the transplanted body part might also face infections, but the doctors said that they have taken all considerations and decided to go ahead with the operation.

The surgery, which took eight hours, was conducted by professor Nguyễn Thế Hoàng, deputy director of the hospital, and his colleagues.

Now, more than a month after the operation, Vương is able to use his left hand to hold things, such as a table tennis ball.

Professor Hoàng expects that after six months to a year of therapy, the patient’s neural structure will restore.

Vương said that he fell into a deep state of depression when he lost his left hand and only got better thanks to support from his family.

He extended great gratitude towards the doctors and especially the voluntary donor who has helped him get back normalcy in his life.

The hospital said that since 1998, about 89 limb transplants – a highly sophisticated microvascular surgery technique – have been performed worldwide. All were from brain dead donors, however.

In Southeast Asia, no limb transplants from live donors have been performed before. VNS/VNA 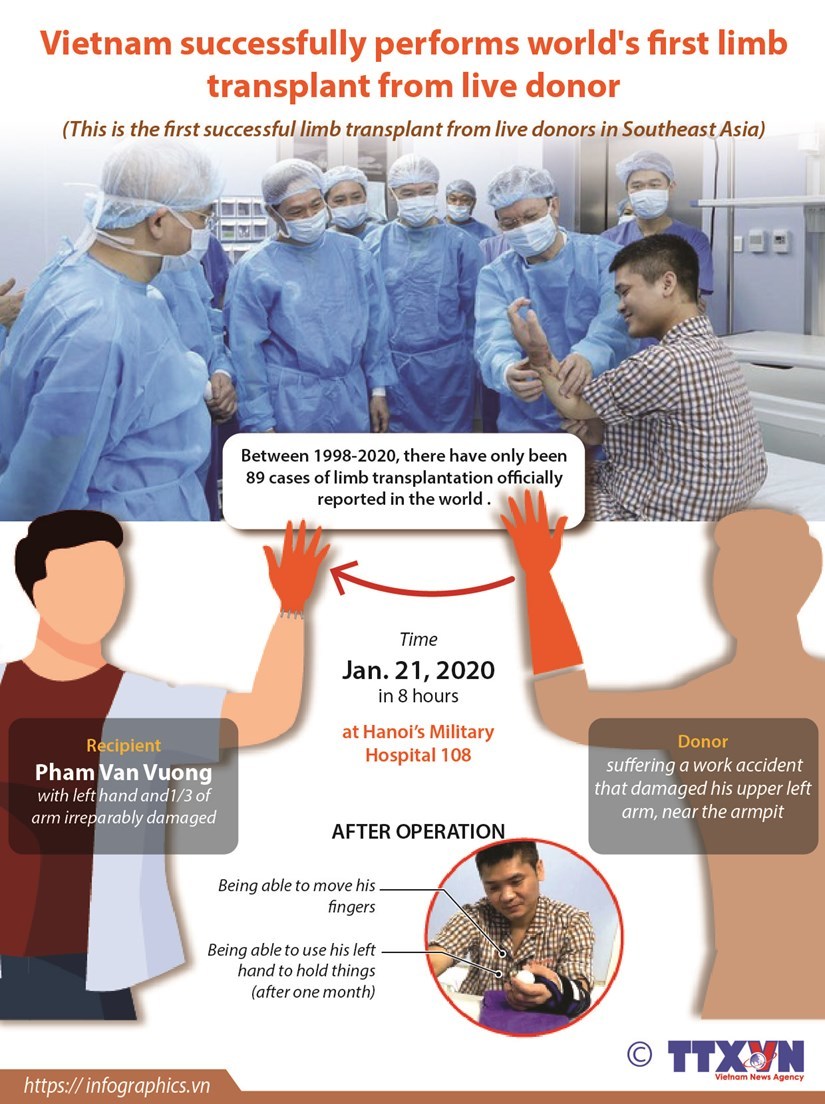 Vietnam successfully performed over 4,200 organ transplants as of August 31, 2019, while the total number for this year so far being 521 cases.

Doctors at the Vietnam-Germany Hospital have successfully transplanted a liver and kidney for a Laotian man.