Vietnam could face a power shortage in the near future due to surging demand and development difficulties.

The warning was made at a seminar held in HCM City on Tuesday to ensure energy security.

According to experts, the hydroelectricity source with lowest price has been exploited to its full potential; domestic gas reserves are gradually depleting and could not guarantee gas to power.

In terms of renewable energy, there is little investment in wind power projects, while solar power is on the rise but depends on weather.

Hydroelectric power is estimated to decrease from more than 25 per cent in 2020 to 12.4 per cent in 2030, while coal-fired thermal power will increase slightly from 49.3 per cent to 53.2 per cent, according to Le Van Luc, deputy head of Electricity and Renewable Energy Department, Ministry of Industry and Trade.

The gas thermal power is predicted to be almost unchanged, accounting for nearly 17 per cent. In particular, renewable energy is estimated to increase from 6.5 per cent to 10.7 per cent.

By 2030, the electricity production of coal-fired thermal power plants will account for 53.2 per cent of the total electricity output of the power system.

So coal power remains the best option as the cheap and reliable source, according to experts.

But many coal-fired power projects are in slow progress due to lack of funding, low capacity of investors and lack of support owing to environmental pollution concerns.

All these reasons would affect the electric supply in the future, Luc said.

According to energy experts, in the 2020-30 period and beyond, it is necessary to ensures progress and have a mechanism to accelerate the project implementation progress in order to have stable power supply and suitable for the country's socio-economic development needs.

The power sector should have back-up energy sources to meet the surging demand of power, experts said. 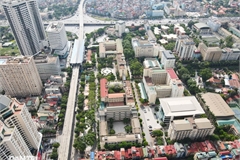 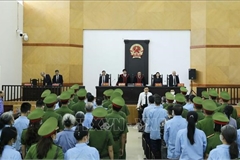