Nguyen Phuc Dat is one of the first Vietnamese students to be selected for an internship at NASA.

At the age of 21, Nguyen Phuc Dat, a fourth-year Space Engineering major at the International University, a member school of the HCM City National University, is one of the excellent Vietnamese students invited to a 3-month internship at SOFIA Science Center, of the AMES Research Center at NASA in Silicon Valley, the US. 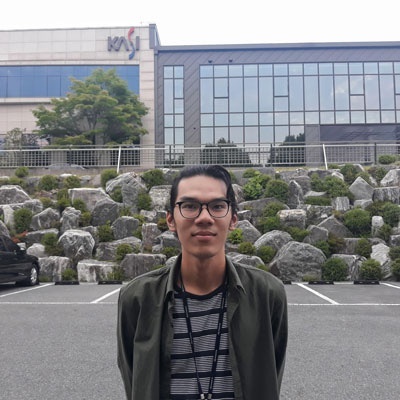 Before the internship at NASA, Dat ‘pocketed’ a lot of experience from internship campaigns at other famous research institutes, including the Academia Sinica Institute of Astronomy and Astrophysics (ASIAA) in Taiwan, the Institute of Space and Astronautical Science (ISAS) of Japan Aerospace Exploration Agency (JAXA) and Korea Astronomy and Space Science Institute (KASI).

Before entering the university, Dat was a student with average learning capability at a high school in HCM City.

Finishing high school, Dat decided to apply for the Electronics and Telecommunication Faculty at the HCM City International University. However, he continued cherishing the passion for space technology. He finally made a daring decision to shift to study aerospace engineering.

With the decision, Dat believed that he would be able to freely carry out scientific research, learn about the immense universe and about the way the universe operates. His parents doubted his decision and raised a lot of questions as they were not sure about the job opportunities in the future.

While Dat’s friends chose training majors which could bring high income, he decided to go a thorny path. However, he believes in the value of scientific research. Vietnam is making heavy investment in science and technology development, and researchers in Vietnam have become more and more respected.

Scientific research may not bring immediate results and the discoveries may not be applied immediately in the real life, but research can bring long term value.

When conducting research about cluster of galaxies, he was unsuccessful but did not give up. He started everything from the beginning and tried another way of thinking.

“In conducting esearch, you have to accept the truth. The results of the research and arguments are more trustworthy than the words of some outstanding people,” he said.

“After a long time meeting difficulties, one may lose the motivation for research. But if we keep trying and are patient, we will succeed. The efforts deserve the brainpower we spend on scientific research,” he said.

The absence of Vietnam in this year’s PISA ranking shows that students are equipped with academic knowledge, but lack experience and life skills.

The Consulate General of Canada in HCMC has launched a competition where Vietnamese students will have a chance to lead the team at the Canadian Consulate and do activities in the name of the Consul General for one day.