A primary school student in Hanoi wrote a letter recently asking schools to ban the use of balloons used to open the new academic year.

“When balloons are released into the air, birds and animals can swallow them and will starve because the balloon will block their intestinal system. If balloon falls to the ground or the sea, turtles may mistake it for jellyfish," wrote Nguyen Nguyet Linh, a 5th grade student from Marie Curie School in her letter to the headmasters of more than 40 schools in Hanoi. 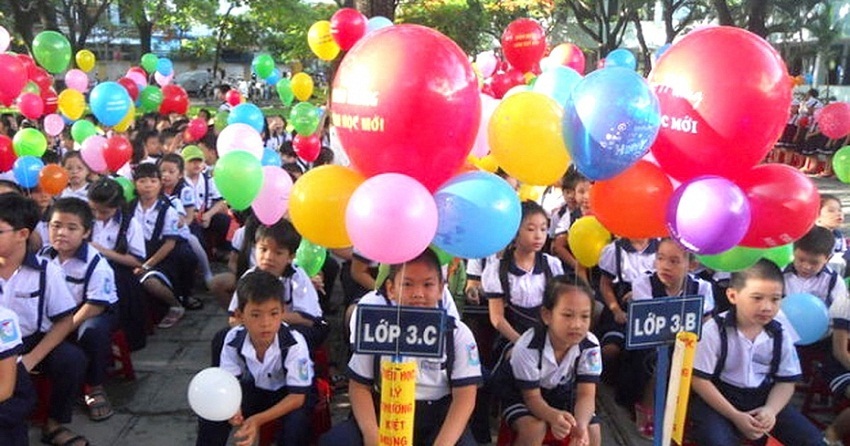 The girl wrote the letter to call on schools not to use balloons on the new academic year opening day in for early September.

Releasing colorful balloons at new academic school opening ceremony is part of the ceremony which has been used for tens of years.

Many schools in Hanoi have committed not to release balloons on the day.

“A very beautiful idea with profound significance,” wrote Nguyen Xuan Khang, headmaster of Marie Curie School in his reply. He affirmed that there would be no balloons in the new academic year ceremony.

Deputy Minister of Education and Training Nguyen Thi Nghia said she was impressed and touched when reading Linh’s letter. The girl showed her awareness and sense of responsibility in environmental protection.

The Ministry of Education and Training has called on schools to design creative activities which will make a significant opening ceremony and protect the environment.

Minister of Natural Resources and the Environment Tran Hong Ha has praised the idea of the ‘no-balloon academic year opening ceremony’. In his letter to Linh, he said the call is a small action with big significance. A gift from him was sent to the student - a backpack, a pen and a water bottle made of environmentally friendly materials

Linh does many things to protect the environment. She has created video clips calling on people to minimize the use of plastic things to reduce plastic waste.

“Only actions can bring change,” the fifth grade girl said.

Answering the call of the student, parents have stopped using plastic wrap for books and notebooks.

Nguyen Thanh, a parent in Thanh Xuan district, said her daughter needs 30 wrap pieces a year for notebooks and textbooks.

Le Phuong, a parent in Ha Dong district, also said she cannot understand why schools ask students to use wrap to hide the covers of books and notebooks which are decorated well.

Many universities have enrolled students for general education, stirring a debate about whether this is legal.

The new general education programme issued by the Ministry of Education and Training at the end of last year will be applied for the 2020-21 school year. 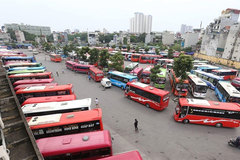 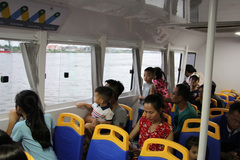