Investors continue to pour money into solar and wind power projects, but the total capacity of approved renewable energy projects could exceed the transmission line capacity. 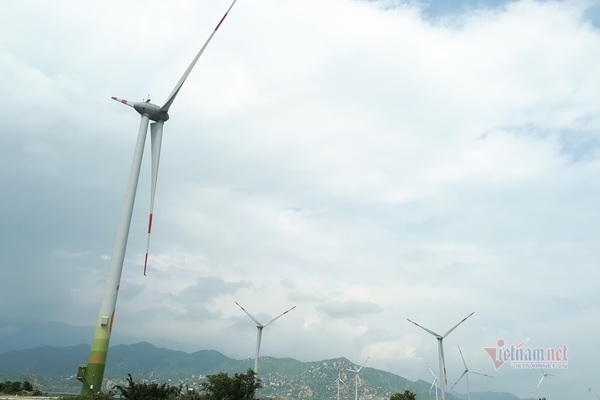 Electricity of Vietnam (EVN), in a report to the Ministry of Industry and Trade (MOIT) in late August, showed that the total approved capacity of renewable energy sources to be put into operation by early 2025 is 23,000 MW, or 20 percent of the total capacity of all electricity sources by that time (approximately 107,000 MW).

The figures show that solar and wind power are attracting large capital from private investors, which has never been seen in the history of the power industry.

The good news is that the power industry can attract private investments which lift concerns about electricity. However, the bad news is that there is a high number of projects expected to become operational which may cause overloading of the transmission line.

The project developed by Sao Mai Group also has raised worry about the overloading of the local transmission line.

The project of Sao Mai alone has the capacity of 875 MWp. The overloading of the transmission line is foreseeable.

Too many projects weighing on transmission lines

In an effort to improve the transmission network to use up the capacity of renewable energy projects, EVN has proposed developing more transmission line projects in some regions.

However, experts warn that the new transmission lines might not be able to catch up with the rapid development of power generation projects.

The developers of power projects are running against time to put their plants into operation prior to November 2021 to be able to enjoy the FIT (feed in tariff) mechanism stipulated in the Decision 39 dated September 10, 2018. It takes only six months to build a solar power plant, but it takes two or three years to build a transmission line.

The value of the Vietnamese renewable energy sector may reach US$714 billion and it may keep developing for at least 25 years, Vietinbank Securities JSC said in a report.