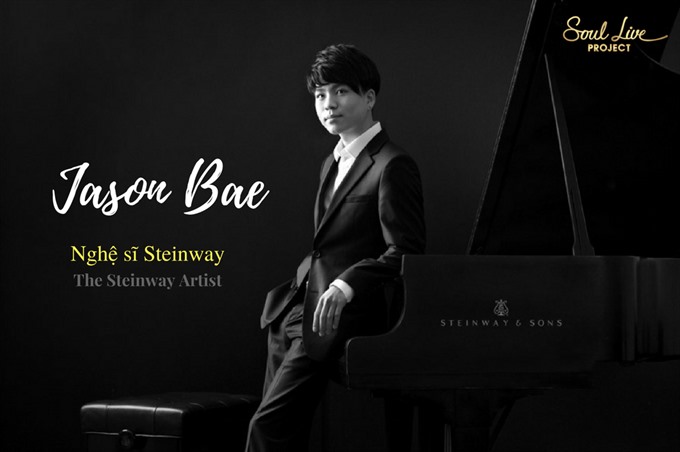 The 26-year-old pianist will play compositions by Chopin, Ravel and Rachmaninoff.

Bae began studying piano when he was five, and had his debut concerto with Auckland Symphony Orchestra at the age of 12.

He received his Master of Arts in piano performance at the Royal Academy of Music in London in 2015. In 2012, he was the first New Zealander to become a Young Steinway Artist. He was named a Steinway Artist last year.

He has performed at prestigious halls, including Carnegie Hall in New York, Steinway Hall in London, and Steinway Piano Gallery in Helsinki.