Good news has arrived to Southeast Asian football as the world's football governing body FIFA has decided to hand over the hosting rights of the 2021 U20 World Cup to Indonesia, marking the first time the tournament has come to ASEAN. 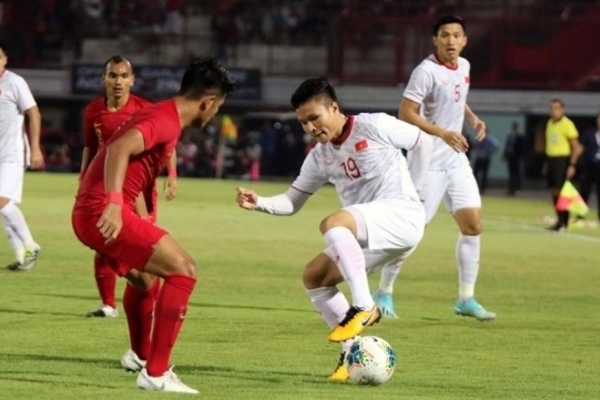 The FIFA Council convened in Shanghai, China on October 24 and voted on a number of key steps for the future of international tournaments, including a decision to appoint Indonesia as the host of the 23rd edition of the U20 World Cup in 2021.

This is great news for Indonesia in particular and Southeast Asia’s football in general, because the 2021 U20 World Cup will mark the first time a major FIFA football tournament has come to the region, which has for a long time been considered a "low-lying” area of the world football.

FIFA’s decision to choose Indonesia as the hosts of the 2021 U20 World Cup also makes a lot of sense in the context of several members of the ASEAN Football Federation, including Vietnam, have agreed on a proposal to join together in a joint bid to host the 2034 World Cup.

As scheduled, the 2021 U20 World Cup will take place from May 20 to June 21 next year at 10 hosting venues across Indonesia. The Asian Football Confederation (AFC) will have four slots in the tournament, in addition to Indonesia who automatically qualified as hosts.

Vietnamese football has also made history for Southeast Asia with the ticket to attend the 2017 FIFA U20 World Cup in the Republic of Korea.

At that time, the Vietnam’s squad including star names like Quang Hai, Van Hau, Hoang Duc, Tan Sinh and Ho Tan Tai, under the guidance of coach Hoang Anh Tuan, marked a milestone in the regional football history, helping Vietnam become the first Southeast Asian side to win a point in a major FIFA men's youth competition, after gaining a stalemate draw against New Zealand U20 in Group E of the 2017 FIFA U20 World Cup.

Following the success of their seniors, the current Vietnam U19 team are also actively training to prepare for the 2020 AFC U19 Championship qualifiers, with the goal of reaching the finals before thinking about re-establishing Quang Hai and Van Hau's achievements in winning the U20 World Cup ticket two years ago.

Vietnam U19s, led by experienced French coach Philippe Troussier, finished runners-up in the GSB Bangkok Cup 2019 friendly tournament in Thailand in mid-October and are in the final preparation stages before entering the upcoming 2020 AFC U19 Championship qualification.

Vietnam will host Group J of the 2020 AFC U19 Qualifiers, scheduled for Ho Chi Minh City in early November, with the goal of winning one of the 16 tickets to the final round, planned to be held in Uzbekistan in early October next year.

The top four teams of the tournament will qualify for the 2021 FIFA U20 World Cup in Indonesia as the AFC representatives, besides Indonesia who qualified automatically as the World Cup hosts.