Crowds flocked to beaches in the southern province of Ba Ria-Vung Tau to relax on Tet amid the hot weather.

On January 27, the third day of the Lunar New Year, around 140,000 people came to beaches in Ba Ria-Vung Tau to enjoy Tet.

Nguyen Trung Tu, director of a private firm in HCM City said that his family went to the beach for symbolic reasons.

Ngo Anh Thu from HCM City’s Binh Thanh District her family wanted to do something different at Tet, instead of just visiting flower markets.

All the beaches in Vung Tau city were crowded, causing congestion at some parking lots.

Deputy General Director of Paradise Resort, Nguyen Dinh Sy, said that his resort’s rooms had been fully booked before Tet.

The same situation was seen at beaches at Doi Duong Beach in Binh Thuan Province’s Phan Thiet City on January 28 or the fourth day of the Lunar New Year. 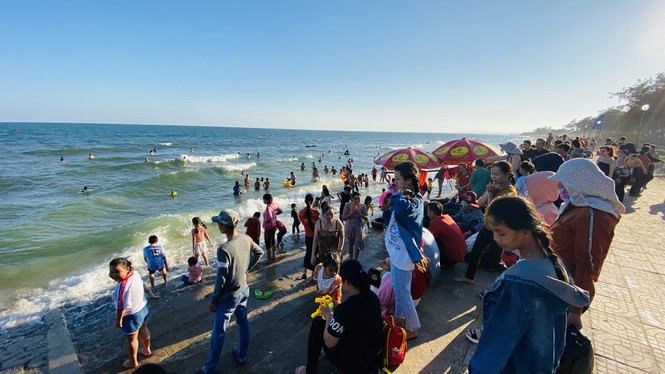 A beach in Binh Thuan

Meanwhile, the northern region experienced cold weather on Tet Holiday. Some mountainous areas, including Sapa have even been covered by frost.