Startups in Vietnam attract cash, but still struggle to succeed 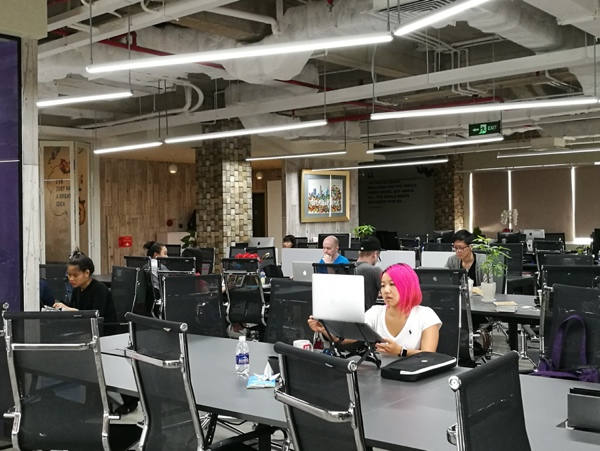 Local newspapers have quoted experts as saying that complicated procedures in Vietnam have created a barrier that has made investors cautious.

Some investors have even asked Vietnamese startups to register business in Singapore to seek funding.

However, Dzung Nguyen, director of CyberAgent Vietnam & Thailand, an investment fund, thinks the cash still will keep flowing to Vietnam because of market has potential.

The potential of the market can be seen in the high population of 90 million people, the second largest in SE Asia after Indonesia; in high GDP growth rate; and the high percentage of internet users who quickly adapt to new technology.

It is a growing tendency to build regional businesses. A company headquartered in Singapore or Thailand, for example, tries to expand business by penetrating neighboring markets. Vietnam is a market where the companies need to be present.

This is the reason the government moved ahead with the programs to heighten Vietnam’s position among ASEAN countries.

Since Vietnam is a member of ASEAN 6, the No 1 startup in Vietnam would have bigger opportunities to catch the attention of large conglomerates or investment funds.

The skilled labor force in the hi-tech sector is also a factor that attracts investors.

The pay for a Vietnamese information technology engineer is lower than that in Thailand and Indonesia. It is less costly to develop an app in Vietnam than in Singapore, Thailand or Indonesia.

However, problems exist. The income per capita in Vietnam remains modest, so the purchasing power is not big. That is why many websites have large numbers of visitors, but not large numbers of buyers.

There are many small investors in SE Asia who can pour $300,000 into one startup project. Meanwhile, there are not many big investors. There are few series-A investment deals, and even fewer series-B investments.

The number of angel investors has been increasing, while the entrepreneurship movement is becoming boisterous. However, everything is just at the very early stage of development.

Except game firms, according to Dzung, there is no mature technology startups. E-commerce, media and digital content startups are still in the first phases of development.

An analyst said he agreed with Dzung that the Vietnamese market is now bustling thanks to small investors. With small amount of capital, the investors can only make capital contributions to businesses in developed countries, but they can become big shareholders in Vietnamese startups.