VietNamNet Bridge – More and more state-owned universities have been established in recent years, which have deprived non-state schools of their students.

VietNamNet Bridge – More and more state-owned universities have been established in recent years, which have deprived non-state schools of their students. 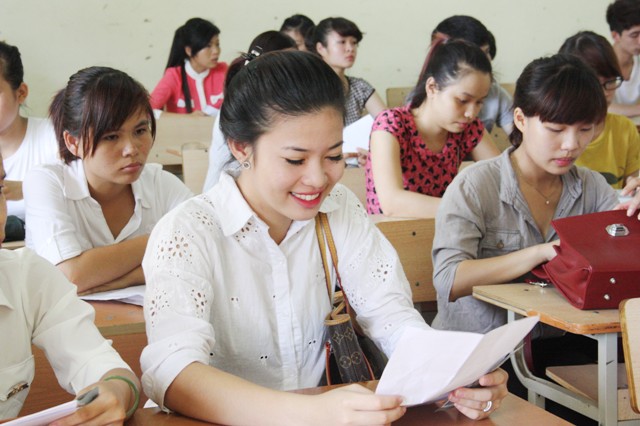 The system of non-state owned universities has itself mushroomed in recent years. However, according to Le Truong Tung, President of FPT University, the number of state-owned schools has been increasing even more rapidly.

Prof Hoang Xuan Sinh, a prominent educator, affirmed that the mushrooming of state-owned schools has hindered the development of the non-state education sector.

In principle, 64 education establishments in Hanoi are put under the management of the Hanoi Communist Party’s Committee, while the others fall under the aegis of the Ministry of Education and Training (MOET).

According to Sinh, this means that the number of state-owned schools in Hanoi is surely higher than 64, an unnecessarily high number for Vietnam.

In 2010, a new state-owned school was founded in Bac Ninh Province. In 2012, a people-founded (i.e., non-state) school, Kinh Bac University, was also established in the province. Given that two other universities, Bac Ha International and Dong A, were already in existence, that brought the number of schools in the small province to four.

“We do not need so many universities in every province,” says Sinh. “Vietnam has been trying to set up as many new schools as possible because it is burning to increase the percentage of university students per 10,000 people.

While the number of universities has increased twofold over the last 10 years, the number of high school graduates has gone up by only 12 percent, according to MOET.

As a result, schools, especially non-state owned ones, have become thirsty for students.

Dr Ngo Tu Lap from the Hanoi National University, a state-owned school, commented that the death of non-state universities is unavoidable.

“Businesses have to shut down if they don’t have clients. Schools will not be able to exist without students, which means no tuition fees, hence no sources of income,” he said.

A book published by MOET, “Things to know about the schools’ enrolment plans in 2013”, reveals that total university enrollments last year came to 642,657 students. Of that number, the report says, state-owned schools admitted 512,502. This means that enrollment  in non-state schools was a relatively modest 130,155 students.