Over the last 10 years, Vietnam’s private enterprises have not developed t their great potential.

More than 10 years ago, analysts compared Vietnamese private enterprises as navigators who went to the open sea with coracles, not modern ships, because they used rudimentary tools to struggle in the world market. 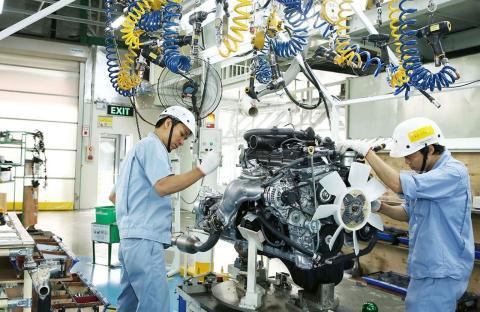 Private enterprises, however, have been developing well since then. But the concern still exists.

Domestic and international institutions predict that the private sector may make up 70 percent of Vietnam’s GDP by 2020, 75 percent by 2025 and 80 percent by 2030. However, enterprises are too small, and Vietnam lacks large and medium scale enterprises.

An economist commented that the sector becoming a real driving force for Vietnam's economic development is still a plan on paper.

Problems facing private enterprises' growth is a hot topic of discussion for scholars and economists. Tran Van Lam, a National Assembly Deputy, pointed out that management agencies still ‘have some hesitance towards private sector’. This doesn’t come from the government’s leaders, but from agencies at lower levels.

Prime Minister Nguyen Xuan Phuc, when taking office, set up a Prime Minister’s taskforce with 11 members, headed by Minister Mai Tien Dung, and emphasized the importance of implementation of Resolutions No 19 and 35.

This shows the spirit of the head of government, but it seemingly has not reached ministries and branches. That is why ministries set 5,200 business requirements which created problems for enterprises’ operation.

According to the Vietnam Chamber of Commerce and Industry (VCCI), in order to create one dong of profit, enterprises have to pay 0.7-1 dong in underground fees.

“We still consider state-owned sector, which causes big losses to the national economy, as the ‘pivotal economic force’. The private sector, with emerging billionaires, is just considered an ‘important force’ after 30 years of doi moi (renovation),” Tran Dinh Thien, a respected Economist, said.

High hopes are put on large private economic groups that will serve to lead the private sector and make it become the main pillar of the national economy. However, the groups have to cope with many difficulties as they are pioneers in many business fields.